Founder of Christ Embassy, Pastor Chris Oyakhilome has attacked pastors who supported the closure of Churches during the lockdown period caused by coronavirus.

In the video below, Oyakhilome stated that the pastors should have first asked the government to permit them to pray for coronavirus patient before accepting the closure of Churches.

“In different cities, countries, states, before the government went ahead with the lockdown, they held meetings with pastors, leaders of churches. Why did the pastors and leaders not say give us a few days to go and pray? Because they were not prayerful before.

“As a Minister of God, you were called for such a meeting and you couldn’t say give us a few days to call other Ministers and say this is what we just heard from the government authorities and we need to pray. We have asked them to give us three days. Then you would have seen the hand of God,” he said.

He added that the pastors who accepted the closure of Churches and even warned members to stay away don’t really know Jesus as their Lord.

“They were not thinking about the father’s house when they made the decision. Do you know what it is for you to shut down the congregations of the lord? It never meant anything to you, that is why.

“Even the pastors and Ministers are warning others not to enter the church because of coronavirus. This is because Christ has never truly being your lord and you have been the master of your life. You have never truely known him,” Oyakhilome added.

Founder and president of LoveWorld Incorporated better known as Christ Embassy, Chris Oyakhilome has changed opinion on his recent claim that the introduction of 5G networks caused the coronavirus pandemic.

The clergyman had stirred controversies when he claimed that 5G — the fifth generation of wireless communications technologies supporting cellular data networks — was initiated to facilitate a “new world order”.

According to him, the coronavirus pandemic was created to instill fear among people in actualising the agenda, adding that the 5G technology was an antichrist initiative.

His claim had attracted several backlashes with Matthew Ashimolowo, senior pastor of Kingsway International Christian Centre (KICC) in London, expressing his disappointment at pastors who were dishing out false information with respect to the pandemic.

But in another teaching amid the criticisms, Oyakhilome stated that he was only opposed to the initiative because of its perceived health risks and the seeming silence of authorised regulators to speak on its advantages and disadvantages.

“I’m a science and technology enthusiast. I love technology. Just studying the capabilities of the 5G makes me like ‘Wow! I’d like to go on it like tomorrow morning. I’d like to start it right away.’

“But at the same time, I’m into healing, I know what it means for people to be sick. I meet with sick people all the time. And so, no matter how interested I am in the 5G, I’m going to put health first.

“Are there health risks, what are the health implications? Those are my concerns and I became even more concerned when I found out that regulators didn’t seem to care much in looking into the details and the cause of the independent scientist and experts, medical experts.

“I would love to go on a 5G for hours if they roll it out but it’s important that all its health risks be understood and where there are challenges, it should be fixed. If there are health risks, they should be fixed. We want to go on extraordinary technology but we must also consider all the health implications. That’s my point.”

Britain’s Charity Commission has indicted the Board of Trustees of Christ Embassy in the United Kingdom over fraudulent practices including illegally paying more than N827 million (£1,767,250) to organisations it shares close relationships with.

The indictment came after a five-year investigation of the UK branch of the church which was founded in 1996 by Pastor Chris Oyakhilome and has over 90 worship centres across the UK.

In 2014, the Charity Commission, which regulates charities in England and Wales, announced it was opening a statutory inquiry to investigate Christ Embassy over “a number of serious concerns relating to the use of charitable funds, in particular, large connected party payments and the potential misapplication of grant funding.”

The outcome of the inquiry was published in details by the Commission on its website last month and it showed how the church’s board of trustees grossly mismanaged the church’s account and failed to comply with its grant-making policy.

Media contacted Pastor Arinze Emmanuels, the head of the legal department through a text message to respond to the report but at press time, there was no response.

During the inquiry, the Charity Commission discovered that the church illegally registered three properties in the names of two members of its board of trustees, failed to pay taxes worth over £250,000 on expenditures by employees, failed to secure adequate insurance, and violated Britain’s town planning and building regulations.

“The inquiry, not being satisfied that the funds held in these accounts were owned by Christ Embassy Nigeria, exercised legal powers and issued orders dated 8 august 2014, under section 76(3)(d) of the Act, freezing six of these nine bank accounts, protecting funds to a value of £615,420.

“In the absence of clear evidence to support the trustees’ position, the Inquiry concluded that funds held in the accounts belonged to the charity and these accounts remained frozen until the order was revoked on 24 August 2016. The Inquiry being satisfied that the new board of trustees had assumed control of the charity’s property discharged the freezing order on 24 August 2016.”

After going through the records and books of the church for a year and interviewing members of the church’s board of trustees, the commission sidelined the board and appointed Rod Weston of the international audit and accounting firm, Mazar, as interim manager (IM) to take over the management of the church in what it described as “temporary and protective measure.” 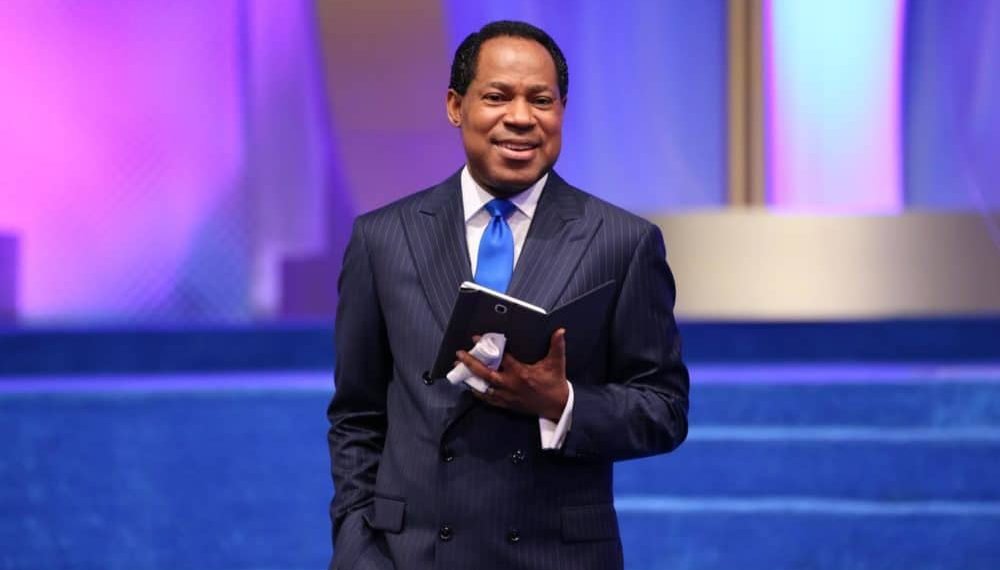 The interim manager stated in the report that the scope of the inquiry was to examine the church’s transactions with “partner organisations” including “grants made to a number of unidentified entities and Loveworld Television Ministry, Healing School, International School of Ministry, Christ Embassy France, Christ Embassy Canada, IPCC Conference and Rhapsody of Realities.

“The Inquiry concluded that there was serious misconduct and/or mismanagement in the charity’s administration. The former trustees, at the relevant times had not complied with or fulfilled their duties as trustees under charity law. They failed to: exercise reasonable care and skill in the execution of their roles and as a result exposed the charity to risk and financial loss; ensure sufficient financial controls and procedures to protect the charity’s property file their annual accounting information, in accordance with their statutory obligations, on time.