Narrating the ordeal, Obodo revealed the accident was the second he had this year.

“That was two days ago I was coming back from Enugu where I went to bury my Uncle on the 16th,” he said about the car wreckage.

“I had my 65 year-old mum and younger brother with me in the car; we came through without a scratch. When I went back to see the wreckage, I burst into tears because I knew I was lucky to be alive.”

“The first incident happened on the 16th of this month, I was driving to my Community with two relatives when a trailer, crashed into us from behind. The driver said the truck had no brakes and he had lost control at the time.”

In 2012, the former Udinese man was reportedly kidnapped by gunmen near Warri, Delta State. He was rescued the next day in nearby Isoko by men of the Nigerian police force.

He made six appearances out of 10 in the 2006 World Cup qualification series, scoring a goal. At the 2006 African Cup of Nations, he featured in 4 of Nigeria’s six games, scoring in the 2–0 win over Zimbabwe.

Obodo last played for the Super Eagles in 2008

Bobby Obodo, a Nollywood actor, has crticised Nollywood movies on Netflix stating that most them on them are becoming ”painful” to watch.

Bobby shared his opinion on his twitter handle, and according to him, he is sad by the ”long list of trash we’re putting on that platform”.

Most of the movies we’re putting out on #Netflix are becoming painful to see. Such great opportunity to literally reach most parts of the world to showcase #Nollywood via the platform, & we fucking up. Errbody wants their “shit” on Netflix- I suspect for $$$ & bragging rights.

I hope creative producers/directors/writers start putting out good movies on there to save us the shame & ridicule that cld befall #Nollywood, before it’s too late. Lazy/predictable storylines, horrible extras, disastrous costumes, etc. Come on, mehn. This opporutnity is golden! 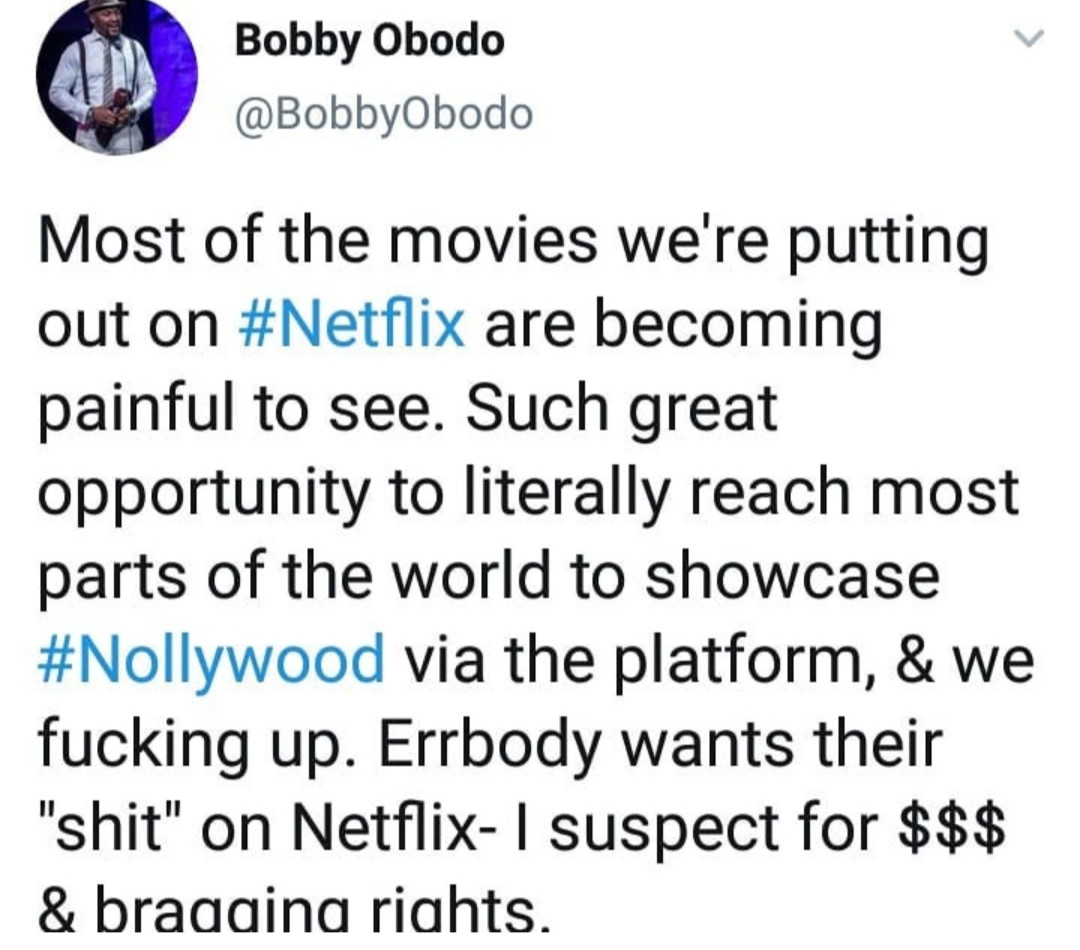 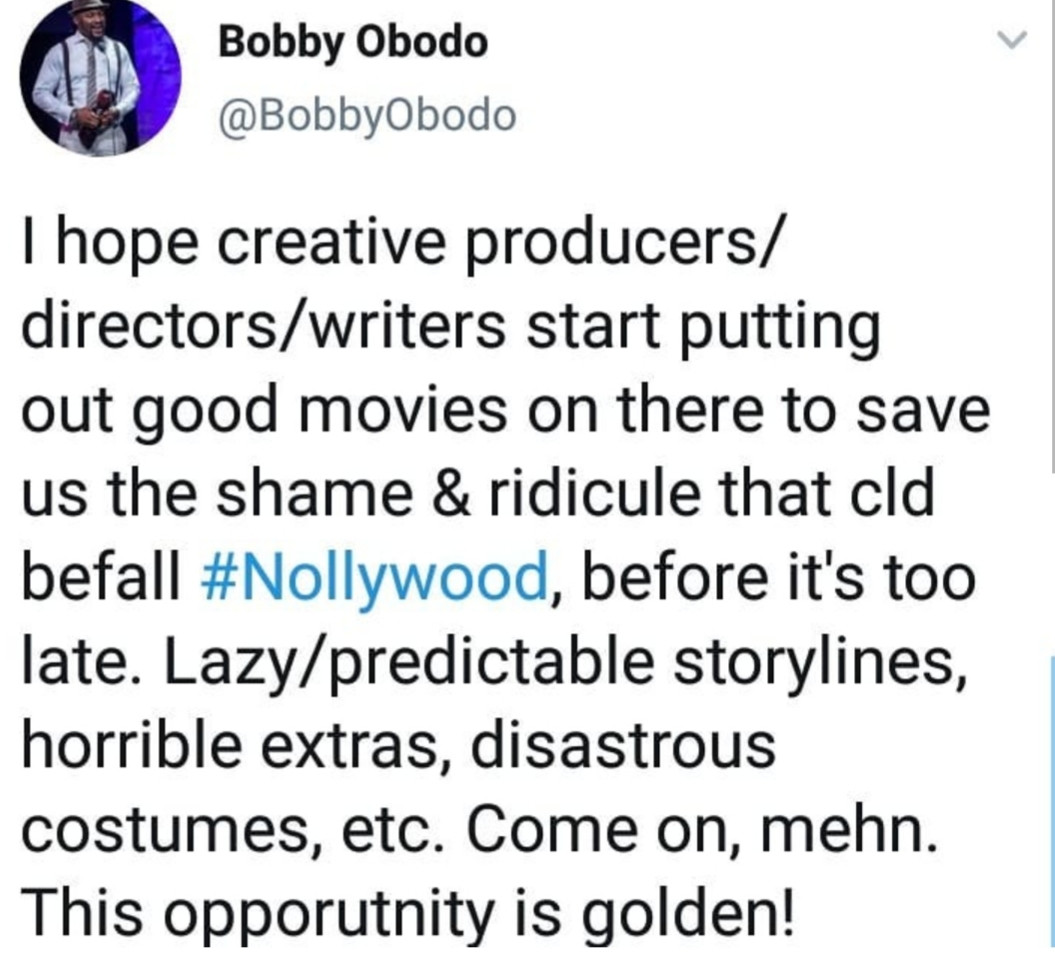 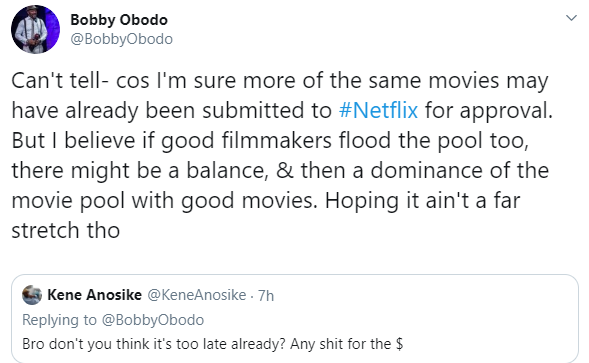