The MTV Africa Music Awards has been postponed indefinitely.

The ceremony was scheduled to hold in Kampala, Uganda on February 2021.

However, the organizers, MTV Base, in a statement on Friday, explained that the postponement was due to the ‘current health and safety challenges.”

It further said, “After careful consideration, MTV Base is concerned that the current health and safety challenges will significantly jeopardize the ability of the campaign to continue to achieve its objectives.

“MTV Base will keep fans posted. The 2021 MAMA Kampala is a virtual event. Strict adherence to health and safety protocols as specified by WHO have been adhered to throughout the production process.”

On the latest episode of MTV Base Behind The Story, popular media personality and MTV Base VJ, Ehiz Okoeguale, sat with host, Sammy Walsh, to talk about his background, relationships and how winning MTV Base VJ Search changed the course of his life.

Ehiz, who is one of the top on-screen personalities in Africa got real and personal like never before as he shared details about his life. The last child in a family of five, Ehiz was born and raised in Ikeja, Lagos State, where he completed both his primary and secondary school education before graduating with a B.Sc. degree in Computer Science from the University of Benin.

In the episode, Ehiz, who used to go by the name Super slim or Special slim, admitted that while in secondary school, he was actively involved in entertainment and used to host events like the social nights, picnics, end of the year party, school dance competitions and other events.

The VJ also gave fans more than a glimpse of his life before he won the MTV base VJ search and how his life has changed since 2013. In this edition of ‘Behind The Story’, Ehiz, revealed among other things, that he was a radio presenter in Abuja and had no intention of becoming a professional TV presenter. In his words, “I literally had no idea of what I wanted to do, which really scared me”.

Speaking on relationships, Ehiz also discussed his relationship with other MTV Base VJs, as well as his love life. He also explained many personal issues and cleared the air about several rumours and misconceptions about him.

Ehiz shared some exclusive stories about his early days at MTV and the challenges he faced while building his brand and growing in the industry. You can follow @mtvbasewest on Facebook, Twitter and Instagram or join the conversation using the #MTVBaseBehindTheStory.

YCee took to Twitter to slam Vic O after he challenged him to a rap battle that caught the attention of MTV Base West Africa.

It all began when YCee tweeted: “I really need one of y’all favorite rappers to diss me this year … none of all this “YCee is my guy talk” anymore.”

Vic O replied: “If it’s gon’ be live on @MTVBaseAfrica I’m in.. If not nothing…. Coz I’m the biggest fish in the rap game.” 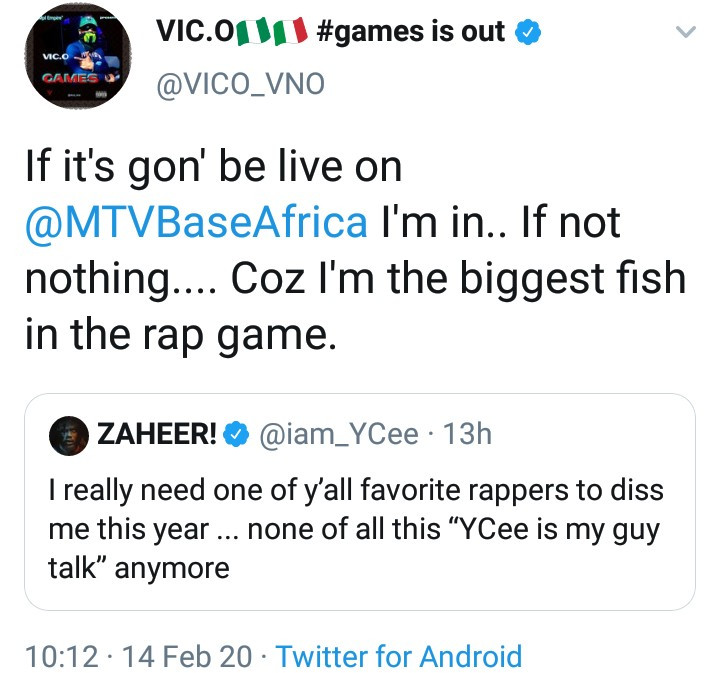 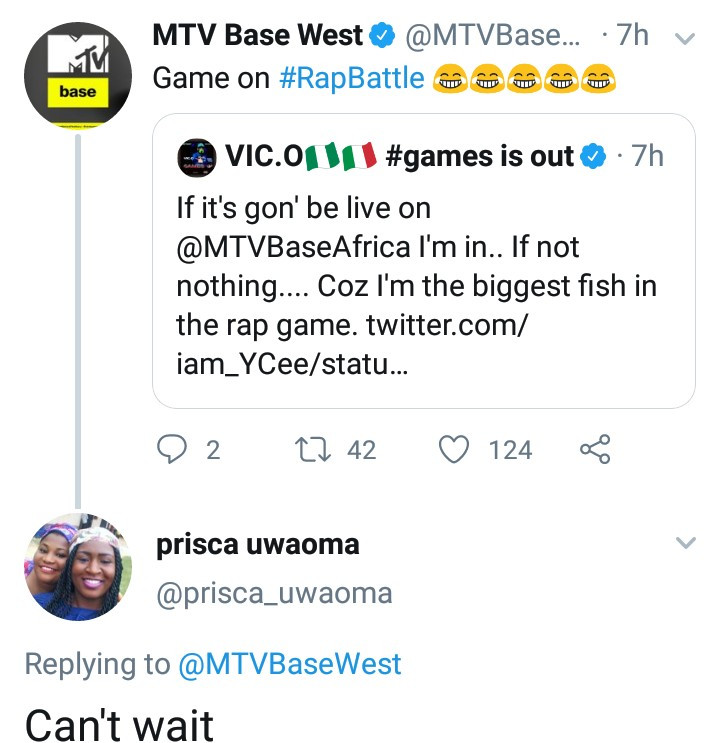 A Twitter user replied to say she was looking forward to the rap battle and Vic O said: “But @iam_YCee is afraid of me.” 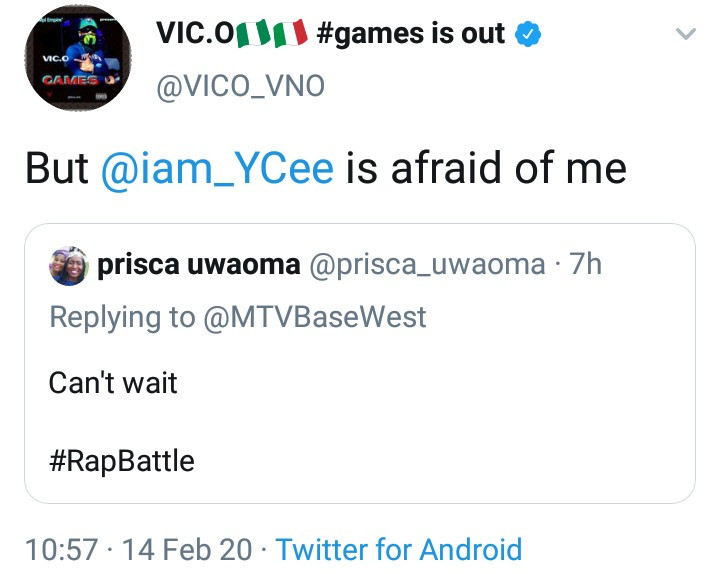 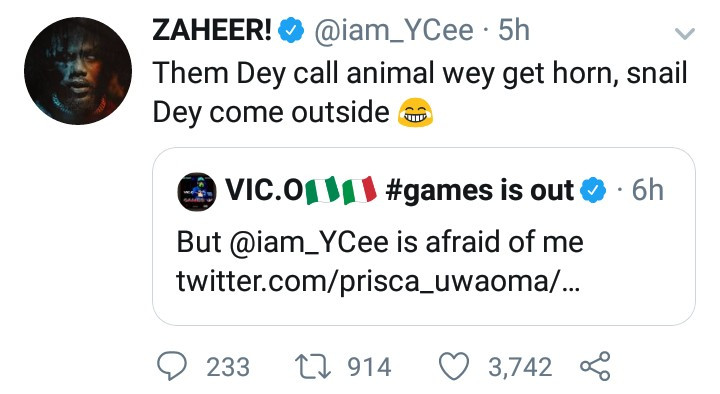