President Muhammadu Buhari has sent condolences to government and people of Rivers State over the passing of a legal icon, author and Professor of Law, Justice Adolphus Godwin Karibi-Whyte.

President Buhari prayed that God will comfort all who mourn the legal colossus, especially his family, the academia, Nigerian Bar Association and Body of Benchers, friends and associates, commending his contributions to law and jurisprudence in the country, and beyond, leaving a legacy of integrity and nationalism.

President Buhari noted, with deep conviction, that the legal luminary used his knowledge, wisdom and experience in serving the nation he loved so much, working diligently as a scholar for many years, before transiting to the judiciary, and pursuing his passion of ensuring fairness through the Federal Revenue Court, Court of Appeal and Supreme Court of Nigeria.

The President affirmed that Justice Karibi-Whyte played many historic roles in growing Nigeria’s legal system, strengthening democratic institutions and shaping the policy direction of many governments and international agencies, as he served as Chairman, Nigerian Constitutional Conference, 1994-1995, Counterfeit Currency Tribunal, Nigerian Institute of Advanced Legal Studies, Committee of Pro-Chancellors of State-Owned Universities, and Judge and Vice-President of the International Criminal Tribunal for the Former Yugoslavia at The Hague.

The President, in a statement signed by his Special Adviser on Media and Publicity, Femi Adesina on Saturday, said the erudite jurist lived and led by example, set a standard for resourcefulness and patriotism, and brought honour to the country, praying that God will grant his soul a peaceful rest.

Justice Okon Abang, the presiding judge that sentenced Olisa Metuh to jail, has narrated how the convict and his team of lawyers attempted to humiliate him during the course of hearing the case.

Metuh, former National Publicity Secretary of the Peoples Democratic Party, was convicted alongside his company for fraud to the tune of N400m.

Metuh had lost in his bid to make Abang recuse himself from the trial.

He had said the judge, who was his mate at the Nigerian Law School, was hostile to him.

But at the court on Tuesday, Abang said he did his best for Metuh but he had to act without fear of favour.

He said, “I cannot state all the negative things I passed through in this matter.

“The convict and his counsel, especially Emeka Etiaba (SAN) and Ikpeazu (SAN), used every opportunity open to them to humiliate the court, writing hopeless, reckless and frivolous petitions against the court.

“They even took the matter to the international press. The day the first convict fell down, it was aired on CNN just to have unmerited sympathy, portraying the court in bad light.

“It was only God that used my immediate family to sustain me throughout the four years of hostility coming from the team of lawyers.

“It was only a few weeks to the end of the proceedings that the convict and his team of lawyers began to defend him in court. Before then, they had thoroughly humiliated me just because I discharged my function without fear or favour.

“I have forgiven the first convict and if there is anything within my powers to do, I will do. I have also forgiven Emeka Etiaba (SAN) that took this matter against my person for doing nothing. I have forgiven Ikpeazu (SAN) too that maltreated me during this period of hostility.”

Justice Iyabo Yerima of Oyo State High Court has struck out a criminal case filed against a former federal lawmaker, Kamil Akinlabi, by a traditional ruler over allegation bordering on defamatory of character.

The monarch had been accused by Akinlabi of being the mastermind of some criminal activities in his kingdom, which led to the discontinued litigation.

The case was struck out by the court at the instance of the power of the state’s Attorney General, Oyelowo Oyewo, who told the court in a letter to discontinue the case, which was instituted in 2016 by the monarch.

The suit (Oyo vs Akinlabi) Hoy/5c/2016, was to be revisited after several adjournments.

In his reaction, he said he was happy that justice prevailed on the matter despite that it took a long time.

“I must give kudos to the judiciary, you should see the unbiased prosecution of the case from the beginning till it was discontinued. It reaffirmed the fact that the court of law is truly the last hope for the common man.

“It is one thing to take an action and it is another thing to be ready to bear the consequence of that action. This, I have shown and we are happy that the matter spoke for itself, even when charges were amended about two or three times, but I am glad to tell you today that it is a new dawn,” he said.

While ruling on his bail application, Justice Shuaibu set the bail bond at N10 million with one surety in like sum. The judge ruled that the surety must be resident within the jurisdiction of the court and his address must be physically verified. Also, he must show means that he will be able to forfeit the bail bond.

”The surety is expected to deposit N700,000 cash with the registrar of the court who will then pay it into an interest yielding account with a commercial bank” while Jalingo must seek the permission of court to travel out of the country if he wants to travel.

Agba Jalingo must deposed to an oath that he will be available in court while he and his surety must present two passport photographs.”

Last week, the Cross River State government took over prosecution of the matter despite denying allegations that the Governor, Benedict Ayade, was behind Jalingo’s ordeal. The trial had drawn local and international attention with several individuals and organisations demanding his unconditional release

Late Daley-Oladele was reportedly murdered by her boyfriend, some of her body parts dismembered, cooked and eaten by the boyfriend’s mother, as part of a bizarre money-making ritual. NobleReporters learnt 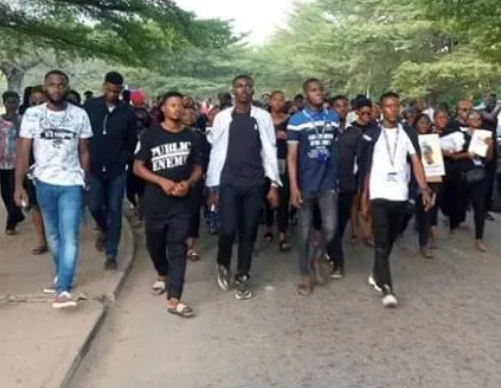 The murder occurred early in December at Ikoyi-Ile, Ikire in Osun state, 270 km from the lady’s school. A candle light procession was held in her honour on Monday, December 30th by LASU students, who mourned her demise.

NANS promised to follow the matter to a logical conclusion and “update the public on our actions and findings in due time.” 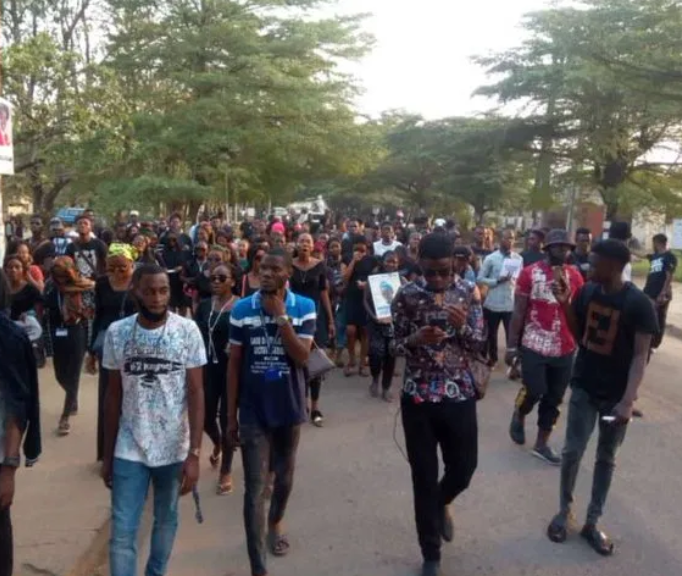 A High Court of the Federal Capital Territory (FCT), in Maitama, Abuja has granted the request by the Economic and Financial Crimes Commission (EFCC) to remand former Minister of Justice and Attorney General of the Federation (AGF), Mohamed Adoke for 14 days pending investigation.

Justice Othman Musa, who is the court’s sitting vacation judge granted an ex-parte motion moved this morning by EFCC’s lawyer, Fatima Mustapha to that effect.

“Application to remand the suspect in EFCC custody for 14 days pending investigation is granted,” the judge said