The convention of Ijaw Youth Congress turned bloody as one person was killed and others left injured in Sagbama Local Government Area of Bayelsa State.

The unidentified young man was murdered at the venue of the convention, which was organised to constitute an electoral committee for the forthcoming IYC Worldwide election.

Reports said crisis started after some youth opposed members of the electoral committee chaired by a lawyer, Bekewei Ajuwa.

Confirming the incident, a top official of the organisation, who asked not to be named, said, “Apart from the killing, which was caused by activities of some cultists, the convention was concluded and the election committee constituted.

“Some persons felt they were not comfortable with members of the committee and instead of being civil in their grievance, they went violent.

“In IYC, we have warned repeatedly against turning our activities into a theatre of war. We have also warned stakeholders against bringing cultism into our activities.”

The Ijaw Youth Council (IYC) Worldwide has hinted of a plot by disgruntled politicians to visit Bayelsa State with violence ahead of the Supreme Court review of the judgement that upturned the Governorship victory of the All Progressives Congress (APC) in Bayelsa.

The IYC said desperate politicians were bent in causing chaos including a coordinated attack of oil installations in the state against the overall interest of the Ijaw nation.

The IYC, in a statement by its Secretary-General, Alfred Kemepado, warned against the plot and urged persons involved in it to sheathe their swords and give peace a chance.

Kemepado, while congratulating Senators Douye Diri and Lawrence Ewhrudjakpor on their inaugurations as the Governor and Deputy Governor of Bayelsa, asked persons angry at the twist in the state to explore legal or political means to address their grievances.

He said instead of planning violence, aggrieved persons should follow democratic procedures to ensure peace and stability in the interest of the Ijaw nation.

Kemepado also called on security agencies to be at alert to nip any signs of violence in the bud before they loom large to avoid loss of lives and properties.

He appealed to the incumbent governor to accommodate all Ijaw people in and outside Bayelsa state irrespective of their political persuasions.

Kemepado further called on all Ijaw people especially in Bayelsa to join the new government in the task of building the state, which is the only homogeneous ijaw state in the country.

He condemned in strong terms the persons, who turned a peaceful protest in Yenagoa to a violent rampage that led to the destruction and looting of properties in the capital city.

He insisted that nobody,s ambition was worth the blood of any ijaw person.

He said: “If any person or party feels aggrieved by the Supreme court judgments that consequentially made Sen. Douye Diri Governor, such persons should approach the courts for redress or seek political solutions rather than indulge in any unlawful activity that could endanger life and property in any part of Ijaw land.

“All Ijaws are equal and have right to aspire to become anything in Ijaw land. The IYC warns against incitement of the state and the region to violence because of politics, stressing that politicians are less than one percent of the population of ijaws who go about their lawful businesses daily.

“We also warn some persons to desist from activities that could put the state and the region in a bad light. Any person or group of persons, who make themselves available for paid violence in the Niger Delta is totally on the wrong side of history.

“We want to also caution the political class and paymasters of instability to desist forthwith as their selfish plots and activities are known to all.

“We stress that instead of plotting instability for the state because of self serving political ambitions, everybody should come together to build a more peaceful and prosperous Bayelsa State”.

The Ijaw Youth Council Worldwide, IYC, has advised Nigerians to take up other measures of protecting themselves, adding that the President Muhammadu Buhari-led Federal Government has failed.

This was contained in a statement signed by Pereotubo Oweilaemi, Esq., President, IYC worldwide, and made available to us on Saturday.

The youth group commended the Governors of the Southwest for coming up with the Operation Amotekun security outfit and called on Governors and leaders of the other zone to replicate the same in their regions.

IYC declared that Nigeria will know no peace until President Buhari rules this Country in accordance with the unity of diversity.

The statement added, “The growing insecurities across the Country are a clear indication of system failure. The central government has failed in its primary responsibility of securing lives and property in the Country. The people in power at the center has lost control of the system.

“Nigerians in the circumstance need to look for alternative measures to secure their lives.

“No place is safe in the Country because the center is no longer holding the ace. All-State Governors should, therefore, device a means to provide alternative security measures to save lives and property.

The proscribed Indigenous People of Biafra, on Tuesday, faulted the Ijaw Youth Council’s position that IPOB should not hold its planned meeting in Bayelsa State.

The IYC, Central Zone, led by Olorogun Kennedy, had, on Monday, asked members of IPOB to steer clear of the state, and looked elsewhere for their planned national meeting or attract the wrath of the IYC.

But reacting on Tuesday, a statement from the Director of Media and Publicity of the secessionist group quoted the Bayelsa State coordinator of IPOB, Igrubia Gbalam, as saying that it was either that the chairman of the IYC, Central Zone, had forgotten his origin or was acting the scripts of his, “Fulani masters.’

The statement read, “Unknown to Mr Olorogun Kennedy, whose first name points to his true origin, Bayelsa State and Ijawland is the birth place of Biafra. Mr Olorogun Kennedy is a DSS informant craving the attention of his Fulani masters by making attention-grabbing comments on the pages of newspapers to attract more financial reward from those that have rendered Niger Delta desolate.

“This is so shameful because it is obvious that those leading IYC central zone knows nothing about Ijaw people, history, struggle, survival and enemies. Yes, it is obvious they don’t know the enemies of Ijaw people because if they had known, they wouldn’t have ignored the Ijaw community, Bilabiri, burnt down by the Nigerian military to come and be threatening IPOB, who are the only voice speaking against such evil in Ijawland. Mr Olorogun is pretending he was not aware of previous and ongoing dialogue between IPOB leadership and prominent Ijaw people in the Disapora.

“The whole world knows that IPOB is the only organisation bold enough to confront the excesses of the terrorist government of Nigeria and if the IYC central zone is standing against IPOB but mute against the evil meted to Ijaw people by the oppressive Nigerian military, then it means that their loyalty is no longer towards the Ijaw people but to those who oppress us.” 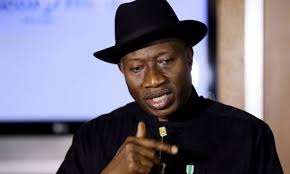 Following what the Ijaw nation described as a calculated attempt by the former governor of Jigawa State, Sule Lamido to rubbish their son, former President Goodluck Jonathan, with blackmail, the people have cautioned Lamido to leave their son alone.

Speaking exclusively to Sunday Sun, leader of the Ijaw Monitoring Group (IMG), Comrade Joseph Evah, said that the Ijaw nation is not happy with the comments of Lamido on Jonathan in a recent interview, saying that it was targeted to“blackmail, malign, rubbish and bring to ridicule the image of our distinguished son.”

He, therefore, urged Lamido to carry his cross alone rather than tarnish the image of Jonathan, who he said acquitted himself creditably while serving the country as president.

Sule had in an interview blamed the former president of sabotaging the Peoples Democratic Party (PDP) governorship election in his state, Bayelsa, linking it to the Malabo oil problem which Jonathan encouraged an out-of-court settlement during his tenure.

Consequently, Evah who spoke on behalf of his people said that Lamido’s outburst was childish and ill-motivated, advising the former governor to face his travails rather than “attempting to soil the personality of Jonathan who refused to enrich himself by corrupt means.

“The Ijaw people are tell- ing Lamido that his outburst against Jonathan over Malabo issue is childish, Jonathan as the executive president has the power to direct a matter to be settled out of court, just like Buhari has the power to tell Northern governors to negotiate with bandits, criminals and drop their charges as long as they are ready to repent.

“So, he was an executive president and has the right to say that a matter that has been dragging, that about three or four heads of state were involved before he took over should be settled out-of-court instead of foot-dragging. No-body is bringing any charges against Jonathan for giving out

“We know where the annoyance of Lamido is coming from. Lamido and his son are facing the EFCC fire so he felt that Jonathan is supposed to come and clear him because the alleged crime was committed during Jonathan’s period and Lamido as governor. 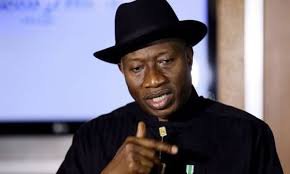 “What happened in Bayelsa is not about PDP or the APC, it is about the Ijaw nation, it has nothing to do with the PDP or APC. It is just like the situation of Agbalajobi and Sarumi in those days, where Lagosians felt that Agbalajobi should be the flag bearer of their party, but Sarumi who had a connection in Abuja decided to suppress Agbalajobi and the people gave a protest vote to Otedola.

“So, in our case, the leaders and elders of Bayelsa, both the opposition party and the ruling party preferred the former Managing Director of NDDC (Timi Alaibe) and this governor (Seriaki Dickson) arrogantly denied him the ticket so the whole of Bayelsa people voted against the candidate he brought. What happened has nothing to do with Jonathan as a person being denied, it was the Ijaw nation that decided”.