Arsenal are believed to be frontrunners in the race to sign Bayern Munich centre-back Jerome Boateng, but newly appointed boss Mikel Arteta is keeping his options open.

Boateng has only featured eight times for the Bavarian giants in the Bundesliga this season, and is therefore expected to seek a move away from the Allianz Arena in the near future.

Considering his potential availability, the 31-year-old is believed to be an option for Arteta – although the Spaniard is also considering Juventus centre-back Daniele Rugani, according to a report. 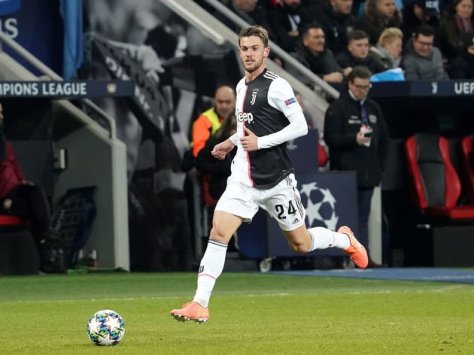 The Daily Star claims that while Boateng is the priority, Arsenal will turn to 25-year-old Italian Rugani should they fail in their bid to land the German. The defender is similarly out of favour in Turin, having played just three times this term in all competitions.

Arsenal’s move for former Man City man Boateng may well hinge on interest from both Juventus and Paris Saint-Germain, who are perhaps more attractive options considering the north Londoners are down in 12th in the Premier League and facing a scrap to qualify for the Europa League, let alone the Champions League.

A new central defender is seemingly top of Arsenal’s shopping list following a pretty disastrous start to the campaign under Unai Emery. The Gunners have shipped a concerning 28 goals so far this term, and one of Arteta’s priorities having taken the reins must surely be shoring up the back line. 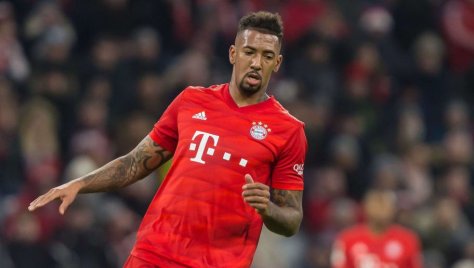 Considering their lack of game time, it must be said that Boateng and Rugani do present realistic opportunities to strengthen that area. While Boateng’s wages would be steep, Rugani would likely demand more in terms of a transfer fee, so there is that to consider for the new Arsenal boss and the club’s hierarchy.

The north Londoners’ rear guard was found wanting once again on Sunday as Chelsea emerged victorious from their clash at the Emirates having trailed 1-0 at half-time. A mistake from Bernd Leno and poor defending from Shkodran Mustafi proved decisive. It is certainly an area that Arteta will want to address sooner rather than later

Equally close to the bottom three as they are to the top four at the time of writing, you’d be right in assuming things aren’t going especially well at Arsenal.

A seriously hefty docket of work has been placed on Mikel Arteta’s shiny new desk.

He needs to both solve the issues within the current squad but equally make suitable additions to fill in the increasingly gaping cracks. He’s (re)arrived at the Emirates Stadium with a footballing philosophy of his own and an insistence that he will be ‘ruthless’, but even all of that won’t help his defenders learn how to defend.

Acquisitions need to be made in a number of departments if the club are to stand any chance of winning the Europa League this season, or indeed sneaking their way into the Premier League top four. There’s even an FA Cup to contend with so, yeah, work to be done over the course of January.

The name on every Arsenal fan’s lips.

Kalidou Koulibaly is the dream signing for most clubs but given his price tag and age, the RB Leipzig central defender is the one the Gunners should be looking to bring in. Granted, Koulibaly is the more complete player at present, but France Under-21 international Dayot Upamecano looks like heading towards that status soon enough.

Prior to signing David Luiz last summer, there was talk of a swap deal involving Emile Smith Rowe, but in the end Arsenal had a bid – of around £50m – rejected by RB Leipzig. The interest was there, but the Bundesliga side were unwilling to lose such a talent so late in the window.

The Frenchman shone for Leipzig last season, playing his part in the best defence in the league, while this season only Wolfsburg and Borussia Mönchengladbach have conceded fewer goals. Tall, aggressive and adept at playing out from the back, he’d be welcomed with open arms at Arsenal. He’ll cost a fortune, but blimey he’d be worth it.

Wolves will be reluctant to let their key centre-back go in January but he will have one year left on his contract at the end of the season and the club won’t have many more chances of earning a profit for him should he turn down new terms.

Moreover, he’s a very good central defender. While Wolves will surely command a decent fee, it won’t be anywhere near the kind of figures being thrown around Europe for centre-backs at present, and would arrive in north London with Premier League experience.

He’s been one of the best performers at Molineux over the last three seasons, consistently looking up to the pace of the top-flight and also chipping in with the odd goal. Yes, he may be injured at the moment, but he’s almost back to fitness and worth one (more) inquiry at least. 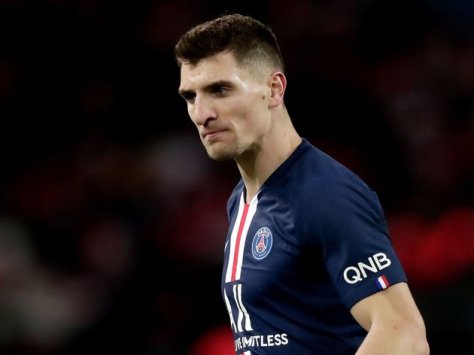 Thomas Meunier
While perhaps not the outstanding right-back candidate, the options across Europe for the position are few and far between. That isn’t to say Thomas Meunier is a desperate option however, unlike – say – a 34-year-old Stephan Lichtsteiner.

At 28 years old, the Belgian right-back also boasts versatility, having played at right-wing as well as in central midfield. He offers experience at both club and international experience, and you don’t play 112 matches for Paris Saint-Germain if you aren’t any good.

With just six months left on his current deal, PSG may be inclined to sell for a cut-price instead of losing him for free in the summer. He still features for the club on a regular basis and there has been previous interest in the full-back from Arsenal before. Would be solid back-up for the constantly injured Hector Bellerin and the out of position Ainsley Maitland-Niles.

Fabian Ruiz
Granit Xhaka looks like he could be fulfilling the wishes of a large chunk of Arsenal fans as him and his agent plead with the club to accept Hertha Berlin’s near £35m offer. Should the club agree to the terms, and it does look likely, then a very sizable hole is left in the centre of the park.

As a replacement, Fabian Ruiz is a player who would complement Lucas Torreira perfectly. As seen against Bournemouth, the Uruguayan looks set to return to his defensive midfield role, which will open the door for a more box-to-box midfielder to play alongside him.

Ruiz is left-footed – like Xhaka – has great mobility, is a composed passer of the ball and has demonstrated strong work ethic with both SSC Napoli and at Spain Under-21 level. There was good reason he was ranked 40th on 90min’s 50 European Players of the Year, meanwhile, Dani Ceballos, was nowhere to be seen.

Denis Zakaria
While it looks as if Torreira will resume his aforementioned role in the side, there is still a distinct lack of options for the position should he be injured, especially given Xhaka’s impending exit.

One of the hottest talents on the market at the moment is Denis Zakaria of Borussia Mönchengladbach. The Swiss midfielder has excelled in Bundesliga this season, drawing comparisons to Arsenal legend Patrick Vieira as well as Paul Pogba and, blimey, how much would Gunners fans love to see a remake of their former hero take to the north London turf once more.

Zakaria boasts good height – unlike Torreira – and tackling ability, but equally looks assured carrying the ball through midfield and taking on opponents. A likeness to Toni Kroos has even cropped up, much due to his supremely accurate passing, which extends from five-yard passes to 50-yard balls.

Thomas Partey
Now this, this, would be a superb signing.

Atletico Madrid are yet to hit top form this season, but when they win, you can be sure Thomas Partey had a big say in matters. The Ghanaian is a machine in central midfield, and boasts a vast array of skills that would have him slot perfectly into the Arsenal lineup.

Granted, it is a long shot, but you will find few Gunners supporters who wouldn’t bite your hand off to see Partey don a different red and white in January. Yes, OK, he is currently contracted to Atletico until 2023 so he’d cost a fortune, but his all-round play would be perfect replacement for the inevitable Xhaka exit.

According to The Athletic’s David Ornstein, he was ‘desperate’ to join the Gunners during the summer, but Arsenal couldn’t afford his €50m release clause. Well, if the club can recoup €40m for Xhaka, according to my maths, that’s only like, ermm, a handful more…?

It may be a hopeful acquisition, especially during mid-season, but there is always a chance…ish. 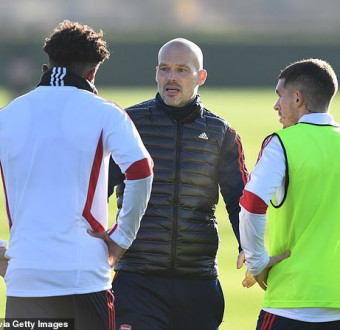 Arsenal legend, Freddie Ljungberg, on Friday oversaw training of the Arsenal first team for the first time, hours after the club placed him as interim manager following the sack of Unai Emery on Friday morning.

Arsenal lost to Frankfurt in the Europa League on Thursday night and the club decided it was time for a new manager following the club’s disastrous 7 games winless run.

See photos of Ljungberg preparing Arsenal players for the Sunday clash against Norwich below. 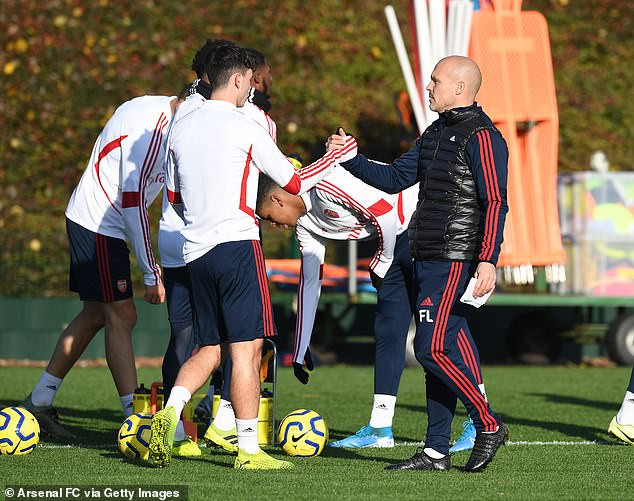 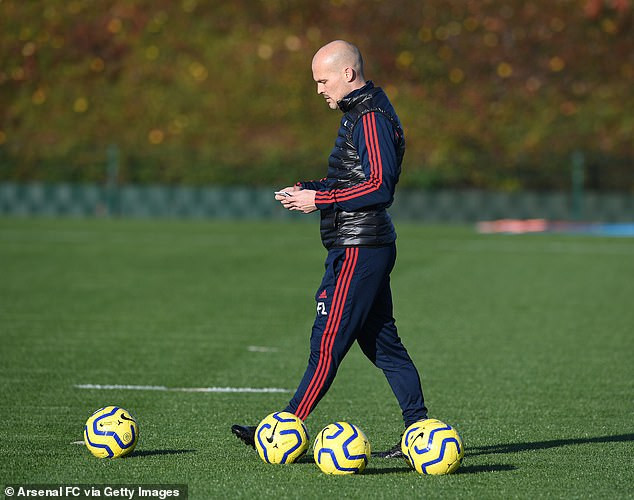 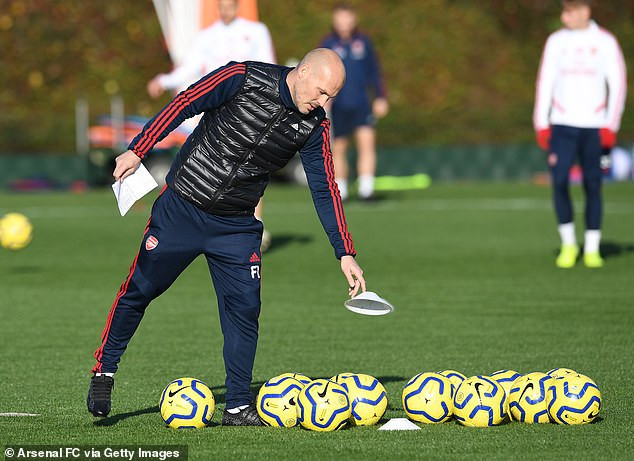 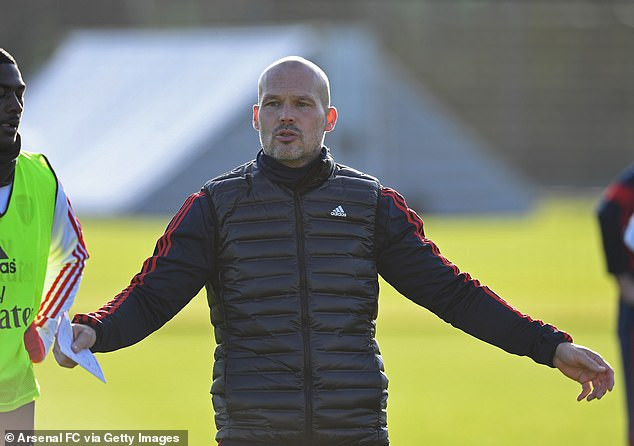 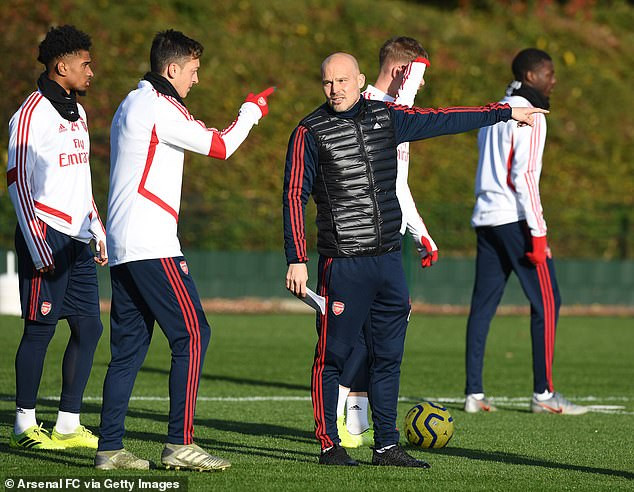