Rema speak as Apple Music feature his face on billboard

This is coming after the dance hall singer, made a U-Turn on her statement, that Jude Okoye was the cause of the downfall.

He took to micro blogging platform, Twitter to render his apology in a series of tweets after he was called out by Nigerians.

“I have been in the Nigerian entertainment industry since 2004 and if there is anything the past couple of days have taught me, it is the importance of taking all sides of the story into consideration before forming an opinion”

“On the Cynthia Morgan story, I have taken notes from both Parties concerned & I can only say that I have been hasty in publicly forming an opinion”

“As one that has experienced the growth of the industry, I am without doubt that we will continue to improve on the conduct of business and the regard for the rule of law”

“I have learnt that there is a way something seems and there is a way it actually is. To all the affected parties, I apologize. Empathy might not be applicable always. I learnt a new thing. Jude biko”

Dotun, popularly known as Do2dtun, has dyed his hair green and he shared photos on Instagram to unveil his new look.

The hype man/OAP has been blonde for a while but decided to go green.

“I am my hair #Evergreen,” the energy gad captioned the photos. 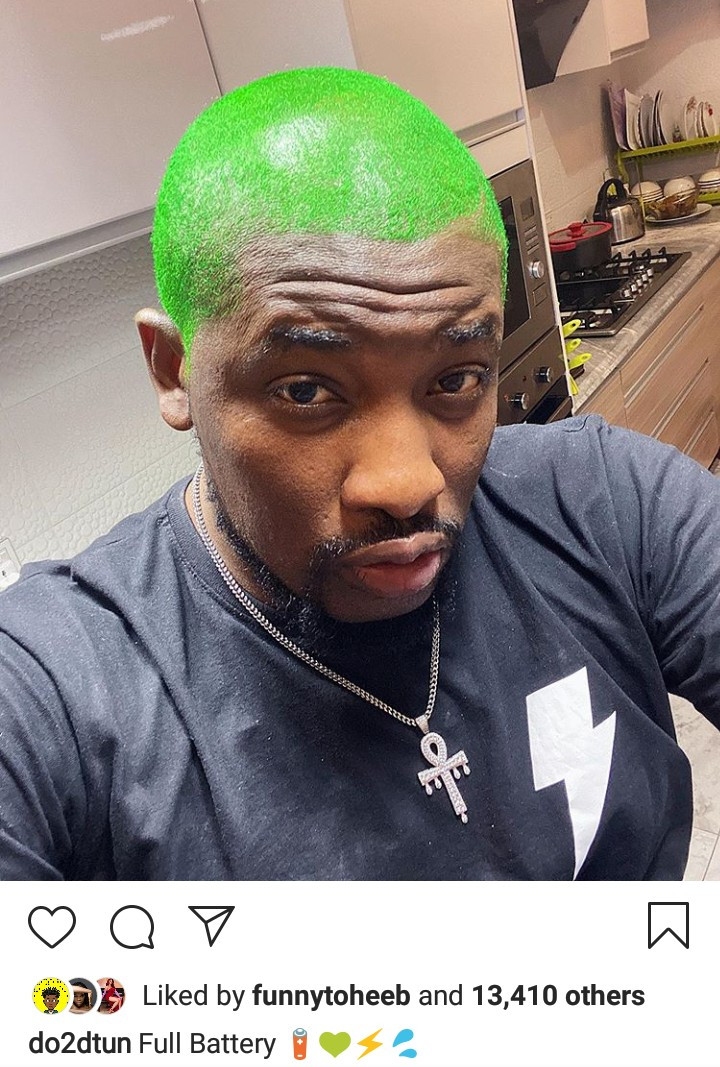 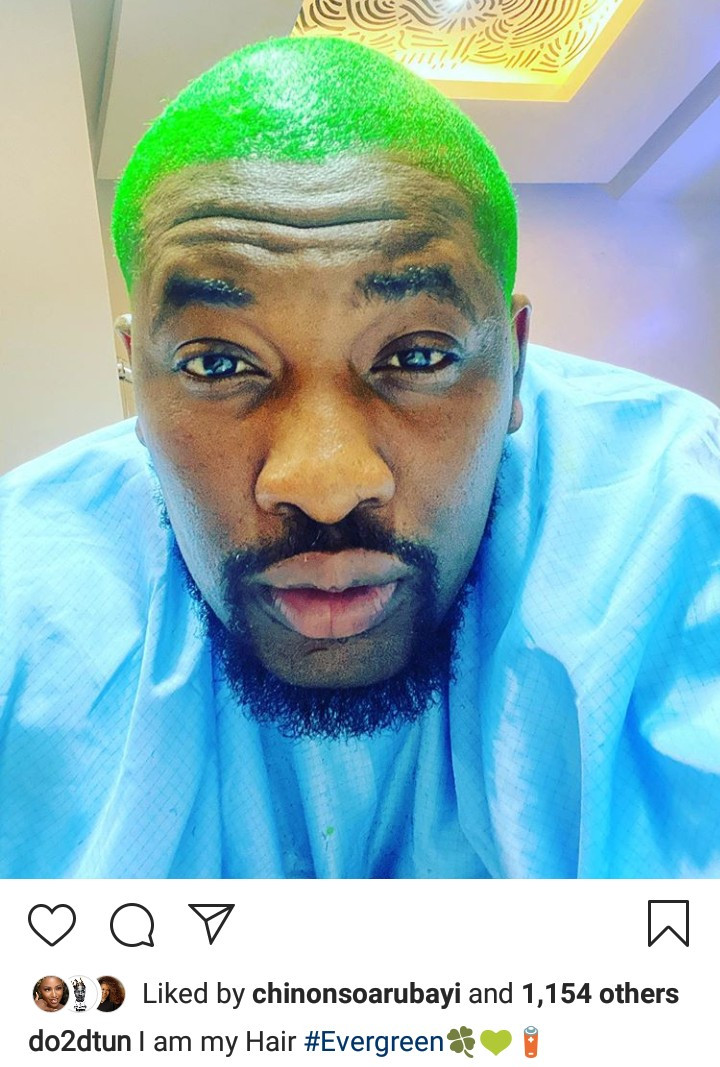 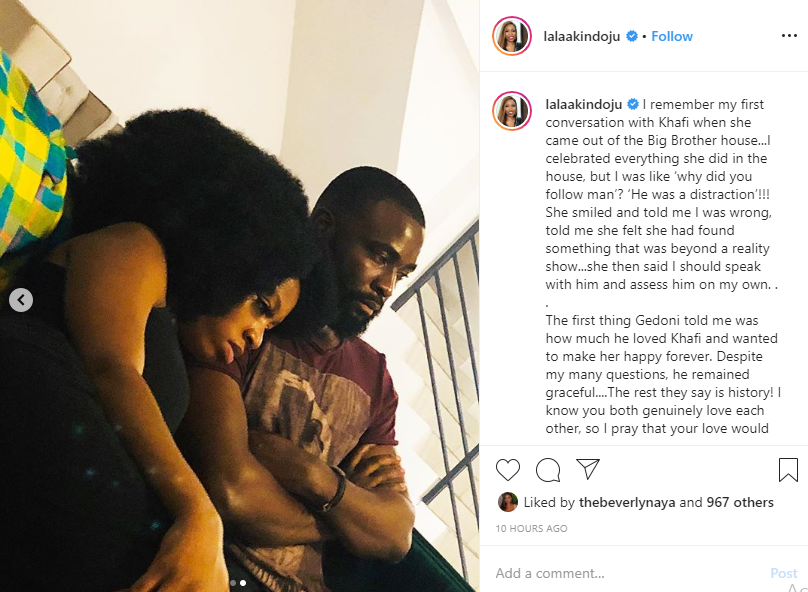 OAP Dotun has publicly apologised to Gedoni Ekpata for having a different opinion about him when he started dating Khafi Kareem in the Big Brother Naija House.

Dotun was reacting to the couple’s engagement news when he made the apology on Twitter.

According to him, he didn’t like Gedoni in the house because he thought he was a distraction to Khafi, but all of that is in the past now and he is happy for both of them.

Taking to his Twitter handle, Dotun wrote: ‘I’ll be honest, I didn’t like Gedoni in the house cos I thot he was a distraction to Khafi & I didn’t think he liked her as such coz of a few bleeps on his side abt them both. Gedoni u are relentless & na man you be. I apologize & u made a very good choice. Khafi is a sweet girl.’ 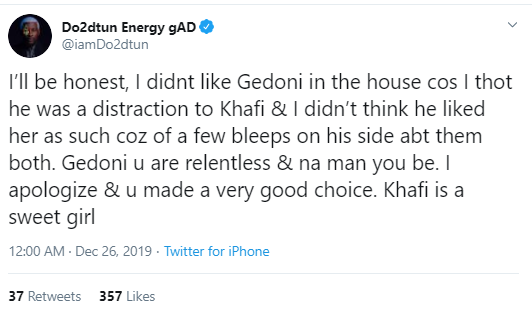