An Islamic cleric, Yusuf Lateef, has been stopped from forcefully marrying a 16-year-old girl (names withheld) by a family court sitting in Akure, the Ondo State capital.

N.Rs found that the defendant approached the girl’s parents to marry their daughter in 2019 when the girl was 15 but the girl refused. The parents had allegedly forced her to accept the proposal and a day was fixed for the marriage.

Lateef allegedly wanted to take the minor as his ninth wife.

Protesting against the development, the teenager reportedly fled their home in Ore, Odigbo Local Government Area of Ondo State on the day fixed for the marriage with support from her brother who lived in Akure.

She was said to have been advised to report the matter at the Ondo State Ministry of Women Affairs and Social Development where she was sheltered for some days. It was thereafter that the matter was charged to court in Akure.

Both Lateef and the girl’s parents were later arraigned before the family court for breaching the part three of the 2007 Ondo State Child Rights Law.

After hearing from both the defendants and the plaintiff, Magistrate Aderemi Adegoroye ruled that the girl be returned to her parents and Lateef be made to sign an undertaking to stay away from her and ensure that she came to no harm.

Asked what she wanted to do, the girl said she intended to further her education and be a good woman in future.

Reacting to the development, the state Commissioner for Women Affairs and Social Development, Mrs Titilola Adeyemi, described the judgment as a victory for children in the state.

No doubt Prophet Jeremiah Omoto Fufeyin is one of the greatest friends of the poor and downtrodden within and outside Nigeria. A prophet with heart of gold that put smiles on faces of the needy, members of his church, elderly, sick, depressed gladly with a joyful heart.

Owomowomo1 recently through his foundation, Jeremiah Omoto Fufeyin Foundation (JOFF) showered millions of naira on members of his church. He deserves to be celebrated from different perspectives, especially at a time like this Nigerians are going through severe hardship. 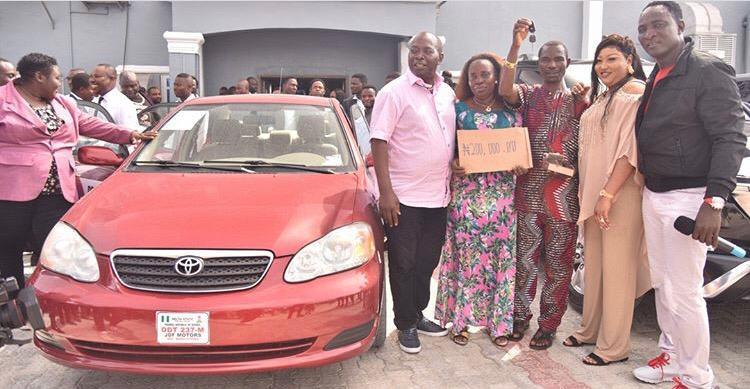 During the miracle money service, the Tireless General randomly picked two elderly women and asked them to come out to receive a blessing. The prophet gave them #400,000 (#200, 000 each) and two tricycle popularly known as Keke Napep worth over one hundred and fifty thousand naira (#150,000). As if that was not enough, he blessed his personal doctor, Dr. Akure with a brand new car worth three million naira (#3,000,000) and two hundred naira to fuel the car and also Mr. Yeso, whom the prophet has promised to bless with a car, received the sum of two million naira (#2,000,000) cash to go get his own car. 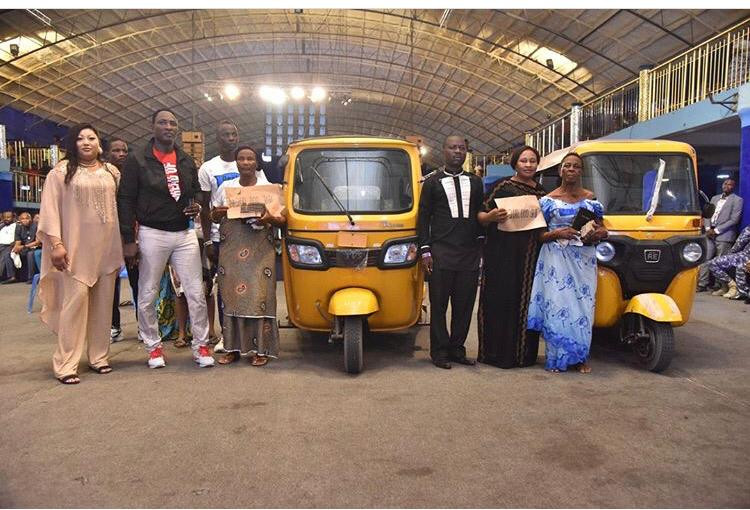 Mrs. Esther Philip from Kano state, one of the beneficiaries of the keke who couldn’t contained her joy said she came from Kano for the first time to receive healing as she couldn’t walk properly but she got triple blessings, healing, financial support and a brand new tricycle. 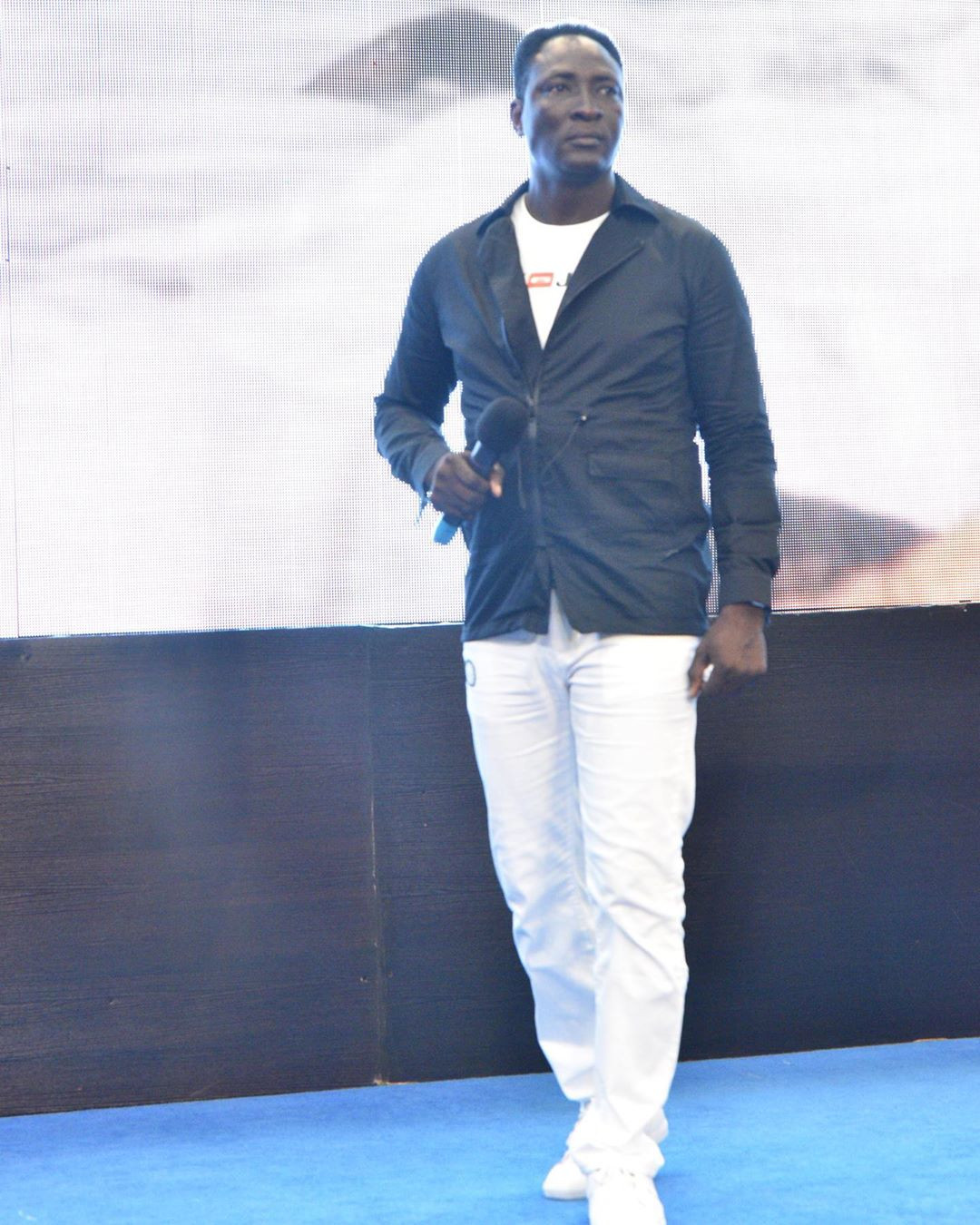 Apart from his healing and deliverance gifts, Prophet Jeremiah Omoto Fufeyin walks tall in different aspects of human endeavours, touching lives positively and one of the best to ever come out of Niger Delta, Nigeria and Africa as a whole. He’s a prophet worthy of emulation from other ministers of God in order to help the poor amongst us as instructed by Jesus Christ.

The 89-year-old cleric wields clout in Iraq and his views are closely followed by the country’s politicians.

A team of Iraqi surgeons operated on al-Sistani in Iraq’s southern province of Najaf, the source added.

“He left the operating room a while ago. The operation was successful,’’ the source added without details.

Earlier Thursday, al-Sistani’s office said he had suffered the day before a sprain in the left leg resulting in a fracture in the thigh bone.

Al-Sistani was last seen in public in December when he met with UN envoy to Iraq Jeanine Hennis-Plasschaert amid pro-reform protests in the country.

In late November, Iraqi Prime Minister Adel Abdel-Mahdi, the target of mass street protests, announced he would step down after al-Sistani called on parliament to stop backing his government.

In recent years, special representatives have been reading out on al-Sistani’s behalf his mosque sermons ahead of the weekly Friday Muslim prayers.

…says Atiku will reconcile with enemies

Besides, while he predicted that the former Vice President, Alhaji Atiku Abubakar, would reach out to his political foes in order to reposition himself; he foresees turbulent times for the Rivers State-born Minister of transport, Mr Rotimi Amaechi.

Speaking at 2020 annual “Pass Over Night” church service held in Calabar to usher in the New Year, Isong, who doubles as the National Publicity Secretary of Pentecostal Fellowship of Nigeria (PFN), also predicted more arrests of Nigerians by DSS which may lead to a shake-up.

He said: “There shall be strange re-alignments, compensations and reconciliations and collaborations of old-time political enemies in 2020.

“Alhaji Abubakar Atiku is going to reconcile with his enemies to position himself in politics. Get ready for shock reconciliations.

“Those of you that used to die for politicians, you will notice that the person you were dying for has made peace with his enemies. Then you will know that politics is a game. And that at a high level, they don’t take it the way you do.

“Rotimi Amechi will have an uphill task, but in the end, he would triumph over his adversaries who are trying to pull him down. But he shall convince his friends and foes that he is still in charge,” he prophesied.

On Department of State Security Services (DSS), he said: “There shall be a shake-up in the DSS because of the embarrassment of the continuous arrest of innocent Nigerians. The arrest would not only be limited to ordinary citizens, but shall also include clergymen who make public utterance that would be against the DSS.

On the issue of insecurity, the cleric said: “There shall be several and retaliatory attacks on the headsmen that would lead to killing all over Nigeria and movement of cows on the road would be heavily restricted to protect life

“Because of border closure, criminals and smugglers would devise other means of breaking the law on the waterways. Besides, I foresee more protests and civil disobedience; I foresee teargas everywhere, mind your steps this year,” he predicted.

On the economy, he stated that “there shall be favourable and overwhelming government policies on Nigeria’s seaport, aviation and marine businesses.”

On Cross River, he prophesied that the state shall witness a serious transformation from 2020 to the extent that those who see the state as a failure would become so shocked.

He, however, called on Nigerians to stop being hard and selfish, and rather embrace real change by caring for the weak, the young and the elderly.

…says create jobs or face the wrath of the youths

Nigeria’s political elite has been urged to provide enabling environment that would allow public-private sector partnership and other corporate organisations create employment opportunities for qualified youths or continue to face their wrath.

Founder of Glory Restoration Ministry, Coker, Orile-Iganmu, Lagos, Ephraim Ifionu, who gave this charge said reports of crimes committed by youths across the country were traceable to their being idle, stating that only economic empowerment could solve the problem of youths’ indulgence in crime and criminality.

Speaking at the 20th anniversary of the church, Ifionu said with the year winding down, politicians and the government in power should take practical steps to engage the youths in productive ventures in the coming years, adding that a country without vibrant young people is bound to face unprecedented social vices and economic regression.

He charged political leaders to place God at the centre of leadership and seek direction from the Almighty, saying, “the harsh economic weather is biting hard on everyone but the youths cannot bear it, it is dangerous to mobilise them during elections and push them away, if the youths are not engaged in meaningful economic activities, the rate of crimes will escalate.”

Abdulrahman Habeebulah, the Islamic who was made headlines in July for raping a 16-year-old girl attending his Qu’ranic school in Ede community of Osun State has been re-arrested by police after the case was re-opened.

The suspect whose trial was initially stalled after he claimed the girl was his wife though not denying the rape allegation, was discharged without any compensation for the victim after her family opted for an out-of-court settlement. He was also not able to provide evidence of the marriage which was debunked by the girl and her family.

Premium Times reported that the elder brother of the victim, Muideen Oloyede confirmed that the case was re-opened and transferred to the state criminal investigation department in Osogbo after his family was summoned by the police.

“The police said they got a signal when we went there last week. Although they did not show us the signal, we were told it was owing to a series of petitions the IGP got,” he said.

“I’ve spent a lot on the case till the point that I already gave up. Since the family had earlier opted for a settlement, I was disappointed and handed over everything to God.”

It was gathered that Mr Abdulrahman was re-arrested on Thursday November 21, following a petition written by a human rights group, RULAAC.

Nigeria police spokesperson, Frank Mba said the group had written them demanding the re-arrest and prosecution of the Islamic cleric for rape.

“Nwanguma is really following up that case,” Mr Mba

Anti-trafficking agency, NAPTIP is also conducting its investigation on the case.