Pastor Chris Oyakhilome, Founder and President of LoveWorld Ministries a.k.a Christ Embassy has backtracked on his earlier comment of 5G and Coronavirus pandemic being part of the Antichrist’s plan for a one world order.

Recall with NobleReporters that Pastor Chris stated that Coronavirus was created to instill fear in people who will embrace 5G as a way of escaping the pandemic.

However in a new Live teaching, the Loveworld Ministries founder described himself as a technology enthusiast. He disclosed that he was concerned about 5G because of its health implication and also because he is into the healing ministry.

Pastor Chris further added that researching on the fifth generation of wireless communications technologies makes him want to use it, but he was also concerned that regulators seemed not to care much about its health implication.

Nigeria’s Minister of Labour and Employment, Chris Ngige, has asked Nigerian youths to seek other means of employment as the government cannot provide everyone with jobs.

A statement released by the Deputy Director/Head of Press of the ministry, Charles Akpan, said the minister stated this during a Town hall Meeting on Popularization of blue/green collar jobs among graduates of tertiary institutions in Nigeria, which was held in Edo State.

Ngige who was represented at the event by the Director, Special Duties and Projects Department in the ministry, Martina Nwordu, said told the young graduates that the wealthiest youths in the world at present were not government employees.

The minister also urged Nigerian youths to invest their talent in other job sectors, as the richest youth of the world, aged between 21 and 31 years, are not employees of government but smart entrepreneurs who distinguished themselves in creative skills in various areas.

The minister disclosed that the purpose of the meeting, which held concurrently in four other geo-political zones of the federation, was to sensitise representatives of key stakeholders in graduate employment on the benefits of blue/green-collar jobs as an alternative response to the challenges of graduate unemployment.

Nigeria’s Minister of Labour and Employment, Dr. Chris Ngige has highlighted what the Igbo tribe must do to produce a successor after President Muhammadu Buhari in the upcoming 2023 elections.

Ngige said that the aspiration could only be achieved if Igbo leaders build political bridges across the country. He advised that for Ndigbo to be properly integrated into the mainstream politics by identifying with the two major political parties in the country.

“There is still time for the Igbo to re-strategise, and we have to start now. That is what I am saying. Ndigbo will need to go and resuscitate their firepower; shop for a credible candidate, prepare him the way Zik (Dr. Nnamdi Azikiwe) was prepared and blessed when he came back from abroad.

“Baptise the candidate very well, and then present him before other Nigerians. It’s a game of numbers.

“We have to court other Nigerians to give us support. You must court them. That is the game. You must lobby. You must do some political reengineering. For today, we are not getting it right as Ndigbo.

“If we start today to get it right, it is still on time. Igbo have to identify with the two main political parties. They must identify with both. But for now, the party with the firepower to win the presidency at any given time because of its areas of support in Nigeria federation is the APC.

“So, Ndigbo should join the APC. Some of us are there. We are not stupid to be there. We know what we are doing.”

Media personality, DaddyFreeze has reacted after Apostle Chris Omashola known for his viral sextape, said that God revealed to him that Naira Marley is a demon in his 2020 prophecy.

According to Omashola, God told him Naira Marley is satanic and he’s out to destroy the destiny of youths of this generation.

Reacting to Omashola’s claim, Freeze wrote: “I won’t use the word demonic. It’s business as far as I’m concerned. He is simply serving a wicked and adulterous generation what they are craving for.
“This is formed on the crucible of demand and supply; if there is no demand, there won’t be any supply! ~FRZ.”

Controversial Nigerian singer, Afeez Fashola popularly known as Naira Marley has given a response after he was tagged a ‘demon’ by a clergyman, Apostle Chris Omashola who released his 2020 prophecy today.

The clergyman who claimed to have gotten the revelation from God is the same person who was some months ago disgraced after his s*xtape went viral.

Meanwhile, a large number of Naira Marley’s fans have called out the pastor over his tweets.

Read what his fans are saying:

— Dami Agunloye (@Dami4Change) January 7, 2020
If i were Nigeria’s president, Church biznes no for thrive walahi

— Jemmy (@Jemmy3ct) January 7, 2020
And people are going to the church. You all think God is foolish

Minister of Labour and Employment Dr Chris Ngige has said that he initially disregarded news of the death of Imo North Senator Benjamin Uwajumogu. The visibly saddened minster said he thought it was Fake News when he first received news of the Senator’s death.

Ngige made the comment on Friday when he led a high-powered delegation to pay condolence to the family of the late Senator. Among those in the delegation were the Minister of State Labour and Employment, Festus Keyamo, representative of the Nigerian Labour Congress (NLC) and current General Secretary, Barrister Ugbaja, and Directors of the Federal Ministry of Labour.

During his address Ngige described the late Uwajumogu, who until his death was the Chairman of the Senate Committee on Labour and Employment, as a friend of the Ministry. He noted that Uwajumogu was a man of peace.

“We are here on a condolence visit by the Federal Ministry of Labour and Employment and our social partners. We won’t have set up this emergency team if the late Uwajumogu was not a friend of the Ministry,” Ngige said.

“If Benjamin was a troublesome person we may have not be here. When the Senate was convened, we were engaged in discussions for leadership positions and other matters, because at that time there were only two Senators from the South East.

“He was at that period a ranking Senator, but he had legal battles to deal with and before he could finish the battle the 9th Senate was inaugurated and principal officers were already elected.”

Recalling his contributions as Chairman of the Senate Committee on Labour and Employment, Ngige noted that Uwajumogu was a very competent administrator who never desperate for power or leadership positions.

He said: “Despite that he never lobbied to become the labour committee chairman, he was unanimously posted to chair the Labour Committee, and I was brought back as Labour Minister.

“My staff members and I discovered him as very competent administrator. He was also quick to fuse together the Senate and House of Representatives Committee on Labour and Employment, thereby making it a joint committee.

“He was someone who is not desperate for power, [and] despite being the Senate Committee Chairman Uwajumogu on some occasions would ask, the Chairman of the House of Representatives Committee on Labour to preside over meetings and he would be seated in the meeting. That would show you the degree of humility and the way he perceived the work and assignment that was given to him.

“The Labour Ministry enjoys a friendly relationship with the Senate and 9th National Assembly, but we got more and felt the friendship in the Labour Committee, and that is why you can see all of us gathered here to come and condole with you people.”

“He was with us on Monday and spent one to two hours, in fact we concluded the session with the Permanent Secretary. When the Permanent Secretary left, we started discussing as politicians. Myself, Benjamin and the Chairman of the House of Representatives’ Labour Committee, Honorable Wudil, concluded our discussions and I saw them off, and I didn’t know that that was the last time that Benjamin had come to show himself. As a matter of fact it was Benjamin that arranged for the meeting to take place at my home.

“I was at the Federal Executive Council and the President adjourned for a break – we don’t normally go into the meeting with our phones – when I came out to make some calls, messages started coming in about his death, and I said, well, this is a Fake News. I didn’t believe it; only for me to confirm.

“We can identify him as a friend of the Ministry and other parastatals. We also want to say that we as a Ministry would support the family in anyway that we can.

“When he was Speaker of the Imo State House of Assembly, we can vouch that he was a man who believes in leadership, respects leadership and believes that everyone should be given what is due for him or her. He was very democratic and, for us a party, we have lost a democrat and the nation has also lost a very huge democrat.”

The Minister enjoined the family to take heart and to see his death as the will of God.

Chris Brown has revealed the name he gave to his newborn son he welcomed with his ex-girlfriend, Ammika Harris, 26.

The 30-year-old R&B singer took to Instagram to share a photo of himself and then wrote the nickname of his five-year-old daughter Royalty followed by the name of his second child. ‘RORO & AEKO(ECHO), ‘ he wrote. 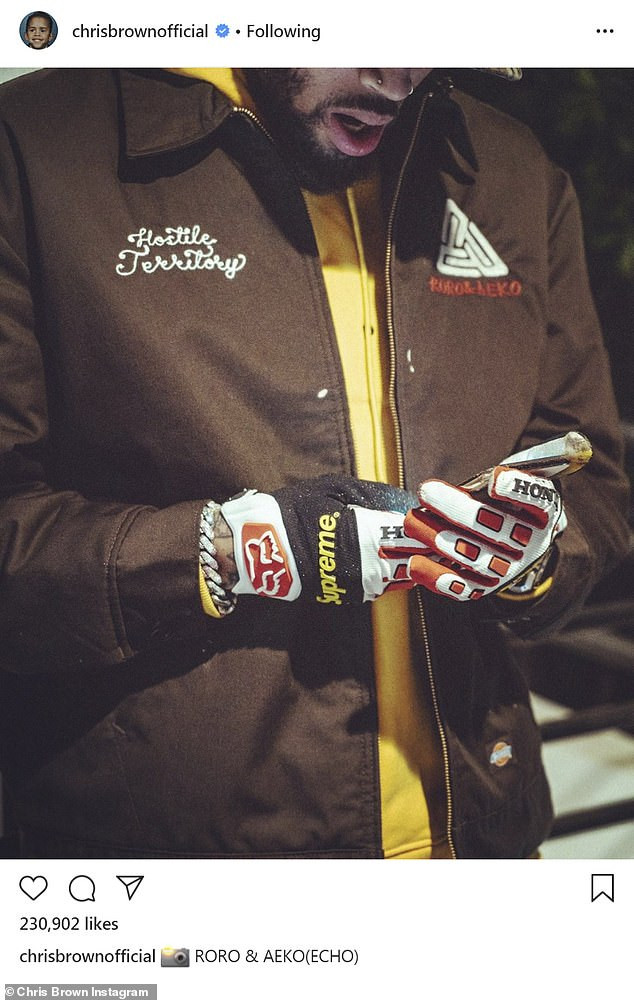 The child was born last week Wednesday. The singer celebrated the news by sharing the date – 11-20-19 – to his Instagram Stories.