Nollywood actress, Anita Joseph has fueled a debate on social media after she shared her thoughts on relationships.

Anita Joseph revealed in a video on her Instagram page that women don’t want flowers from men but rather, all they want is money.

The happily married Nollywood star also added that her husband’s money is for the two of them but whatever money she makes from her work is solely for her alone.

If you want to make your woman happy, don’t stop giving her money… this is why you need to work hard.

I always tell my husband, your money is our money but my money is my money.

Nollywood actress, Anita Joseph, who is married to a comedian MC Fish, has advised her fans not to rush into marriage but instead, marry for the right reasons.

The 32-year-old gave the advice on Tuesday when she shared a picture of herself in a yellow tank top and metallic jacket with a full face of makeup on Instagram.

“Don’t Rush into marriage. Marry for the right Reasons. Marry your Friend…, “ she wrote.

Anita faced criticism on Sunday after dismissing a friend’s claim that she had been raped by her husband.

She claimed that it was impossible for a husband for a husband to rape his wife and added that a woman should always be willing to have sex with her husband.

Popular Igbo actress, Anita Joseph and a few of her followers took to Instagram to fight dirty over her usage of face mask.

The married actress shared a photo she took with her husband and her followers called her out. They accused her of unnecessarily using the face mask.

“Nigerians you people are very local. Why dressing with face mask,” one follower commented.

Another wrote that face masks should only be worn in public, not at home with your spouse.

With equal hearts, serving them a dose of their own medicine, Anita responded to them.

See Some screen shots below;

Nollywood actress, Anita Joseph, took to social media on Sunday to celebrate her husband on his birthday.

Sharing a photo of him from their wedding day, the curvaceous actress showered her husband, Michael Fisayo, with sweet words.

She described him as the most handsome man and the best man in the whole world.

However, some of Anita’s followers took to the comment section of the said post to ask her to keep her relationship off social media. While one follower told her to stop posting pictures of her husband on Instagram, another said the “compliments would change after some years.”

Nollywood Actress, Anita Joseph, who got married to the love of her life on February 14 has opened up on her married life thus far.

In a recent interview with The Sun, the curvy actress revealed the real reasons she married MC fish.

“What attracted me to my husband is that he loves God, he’s a power dresser, he speaks well, makes me laugh, respects and adores me and above all, he enjoys my company.

“Our relationship started after we met at an event. It was love at first sight and it was like magic. I settled for MC fish because you know, sometimes you just see someone and you know in your heart that God has settled this one.

“I was looking forward to it because we were so close; we think alike, behave alike and we love everything about us. When he brought it (the marriage proposal) up, I said why not? It was a beautiful one. Who again I for marry? He’s the best person to marry. So, I’d say yes over and over again.”

Speaking on how she copes sexually when her hubby is not in town, Anita Joseph said, “Sex is spiritual; it needs to be done with the right person. When my partner is not around, Haaaa, I control it o! We talk everyday, every morning, afternoon and night… So, I don’t yearn for sex that way. Before he travels, he makes sure he refills my tank. You know that type that will last for at least a week?”

Actress Anita Joseph has broken the promise she made to stop twerking because she now has a husband.

The curvy actress who is also known for the videos she posts on Instagram showing her displaying seductive looks promised that she would no longer share such videos again.

Anita Joseph said: “I’ll miss my twerking videos. My husband does not like them. He once told me, ‘Your body is massive and you’re the most beautiful girl that I’ve ever seen. Please don’t twerk anymore. However, I twerk in the room these days.”

Barely 48 hours after making the promise, Anita Joseph took to Instagram with a video showing her twerking with actress Destiny Etiko. See the video below.

During the interview with Saturday Beats, Anita Joseph opened up on why she decided to get married on Valentine’s Day

“We decided to get legally married on Valentine’s Day because we are in love with love. My husband gave me the liberty to choose the date because it is generally believed that the wedding is for the woman.

“I feel very happy to be off the single ladies’ market. Many people tried to discourage me from settling down with him but I handled it well because I’m used to Internet trolls and naysayers. I knew what people were going to say even before I started the relationship. So I was ready for them.

“All I can say is that I have a man that loves and understands me, so it has been easy for him to handle me since 2017. Even though I had many male admirers who were ready to do anything to have me, I stayed with him because I’m a one-man woman and he makes me happy.

“He gave me everything I wanted in a man. I don’t care about any other person; I just love being with him.

“Don’t go about chasing shadows or money. If you keep waiting for a wealthy man, he may not come around. The billionaire may not even be who God wants you to be with. God may want you to start afresh with a man that you can grow with,” she said.

Anita Joseph and her husband Michael Fisayo, aka MC Fish, have been professing their love for each other on Instagram since they got married less than a week ago.

The actress took to Instagram this morning to say a powerful prayer for her husband and he responded.

“This Smile has never ceased since 8th June 2017
And it will remain that way forever because our Union is Strong oh.

Our meeting was Divine and magical .. And from that moment our story began.

@realmcfish Jehovah will shock you with blessings my Husband ..

He will bless your Bread and Water..You will hype all over the World
Your mic is blessed your Voice is Santified ur Amazing

Your Talent will take you to places and doors of favour s will be opend unto you pappy.

MC Fish responded: “Amen. Thank you wifey for always being by my side.

And Anita wrote back: “Always and forever OKO MI.”

It is no longer News that controversial actress and mum of one, Anita Joseph will be exchanging the marital vow with her lover, MC Fish on the 14th of February, 2020, that is the Valentine’s day.

Sharing a first set of their prewedding photos, moments ago on Instagram.

“The moment I laid my eyes on you my world changed…
All I could see was beauty around me ..
All I felt was pure bliss…
Thank you for Loving me and protecting me 🤸‍♀️
You believe in me even when I doubt my self 👍

May JEHOVAH ELOHIM bless you and
What ever you touch turns to Gold may you know no pain nor Sorrow…
Your paths are blessed your legs are sanctified
The LORD is your Protection … in JESUS NAME AMEN🙏
I Love you my King 👑I really do LOVE YOU 🤸‍♀️
What ever you were telling me here I love it. “

Nollywood actress, Anita Joseph turns 35 years today, January 4, and she took to her Instagram page to share these stunning birthday photos to celebrate her day. 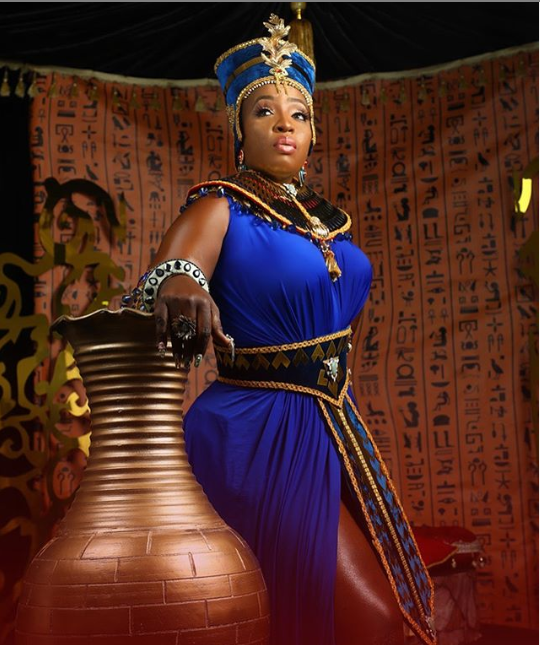 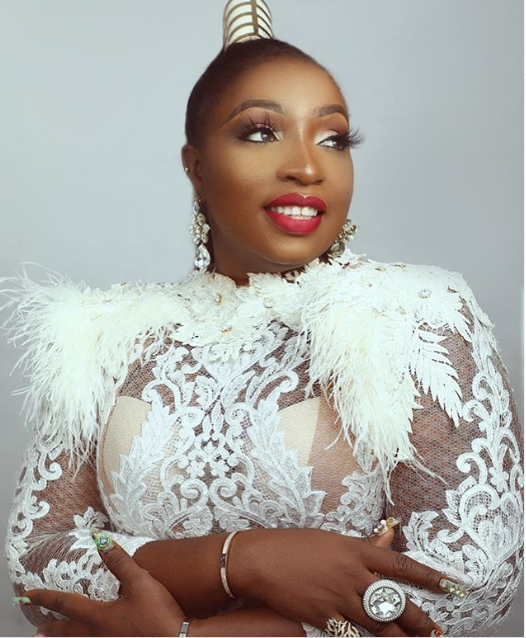 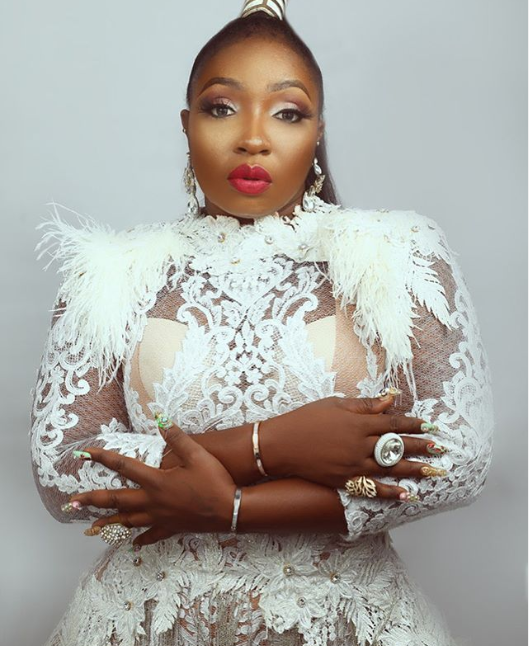 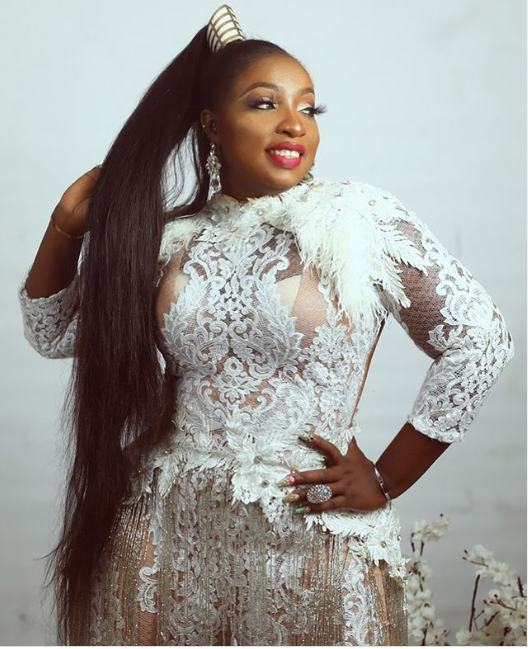 Anita Joseph ignited the wrath of some trolls on Instagram after her semi-nude bathtub video went viral on the platform.

The actress shared the video on Instagram at the conclusion of her deal with a brand she was signed to as an ambassador.

However shortly after the video was shared, Anita Joseph was dragged into a heated exchange by trolls who insisted that she musn’t be naked to look sexy.