Marcos Alonso Peña, the father of Marcos Alonso, has suggested that the defender’s future lies in Italy once his career in England comes to an end.

Alonso hasn’t enjoyed a consistent run of games in the first team under Frank Lampard, and amid rumoured interest from Inter – where he would be reunited with Antonio Conte – the Spaniard’s time in west London appears to be waning.

END_OF_DOCUMENT_TOKEN_TO_BE_REPLACED 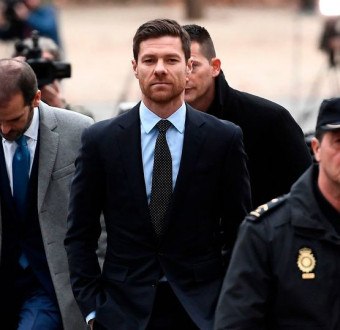 Former Liverpool and Real Madrid midfielder, Xabi Alonso has been acquitted of tax fraud in Spain.

The Spainaird, 38, and current coach of Segunda División B club Real Sociedad B was tried for three counts of tax fraud state prosecutors said he had committed between 2010 and 2012. He was playing for Real Madrid at the time.

According to prosecutors, the case revolved around nearly £2million Alonso evaded in tax from image rights. But the former footballer repeatedly protested his innocence and even decided to go to trial instead of paying the Spanish Treasury the tax it was claiming plus fines.

His trial ended last month and he was facing two and a half years in prison after state prosecutors lowered their initial demand that he will be jailed for 5- years.

On Tuesday, November 26, Alonso was cleared by Madrid’s Audiencia Provincial Court in a 30-page ruling.

The judges said in their lengthy ruling they ‘did not coincide’ with prosecution claims Alonso had ceded his image rights to Madeira-based Kardzali as part of an operation designed simply to avoid paying proper taxes in Spain.

Alonso’s tax advisor Ivan Zaldua and Ignasi Maestre who said the retired footballer used to avoid paying taxes on his images rights, were also acquitted of any wrongdoing.

The judges concluded in their written sentence, saying: ‘The facts do not constitute the crimes against the Spanish Treasury which the defendants have been charged with. Therefore we are acquitting all three of the accused of any wrongdoing.’