The Duke and Duchess of Sussex arrived at the Mountbatten Festival of Music in London tonight as they continue their final round of royal duties.

The couple, who will officially step down as senior members of the royal family on March 31, have been embarking on a series of engagements over the past days.

Prince Harry arrived at the Royal Albert Hall in his dress uniform since he is attending the event in his role as Captain General of the Royal Marines. Meghan coordinated with him as she wore a red dress, red shoes and a red purse. 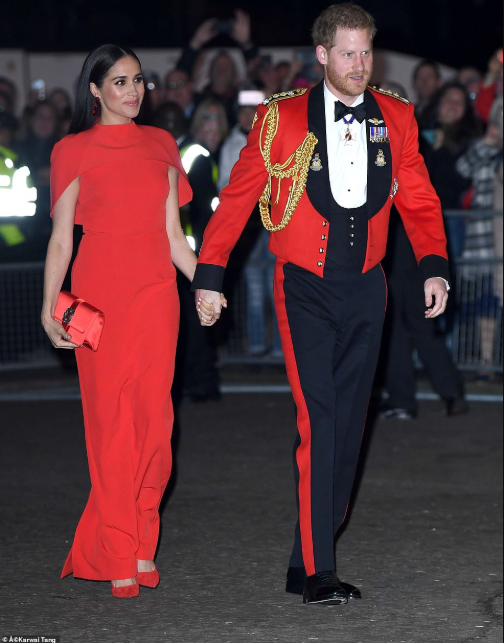 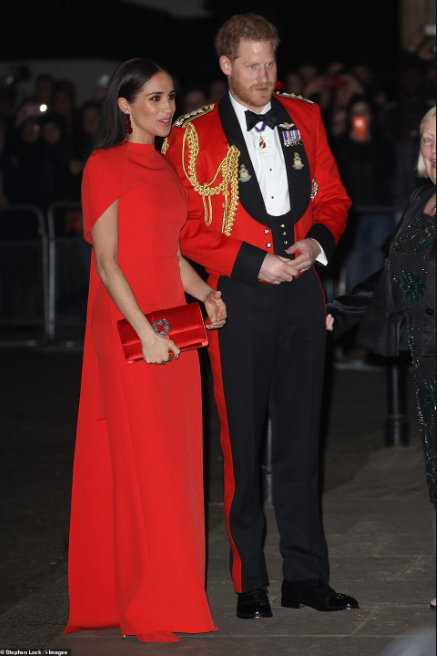 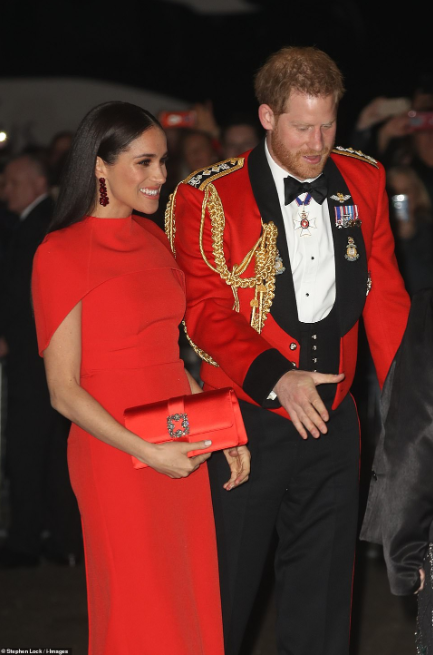 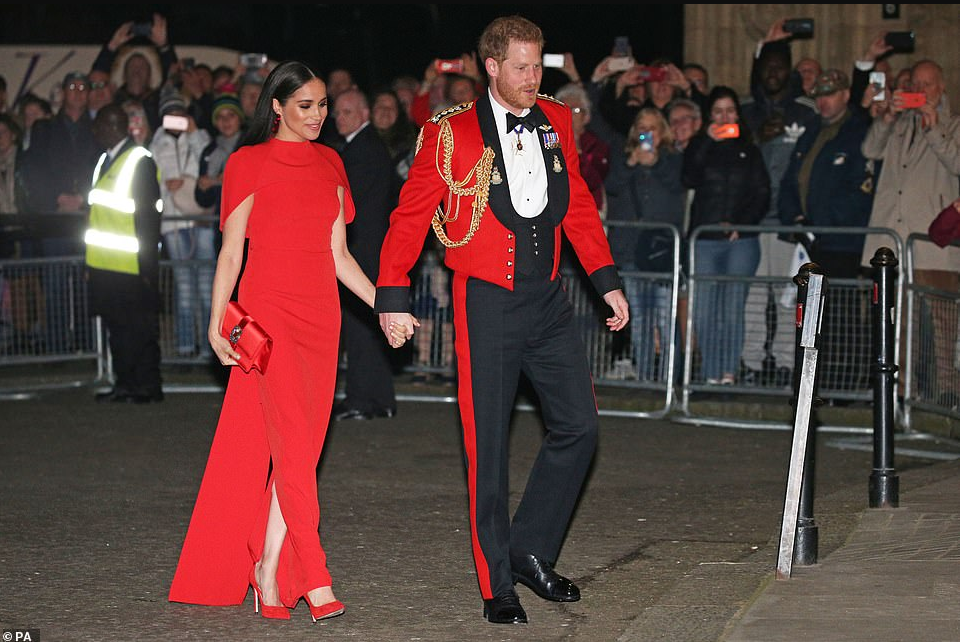 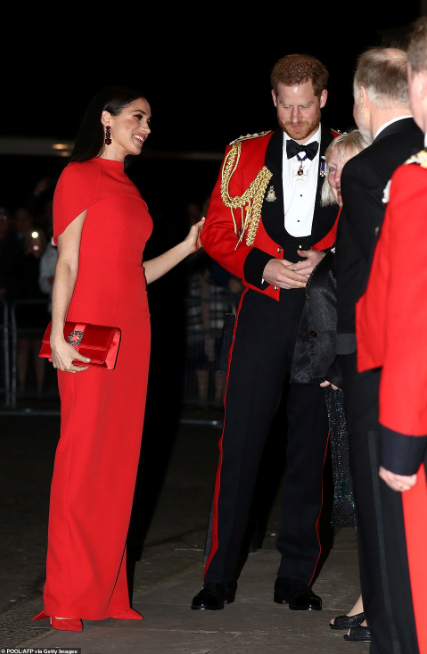 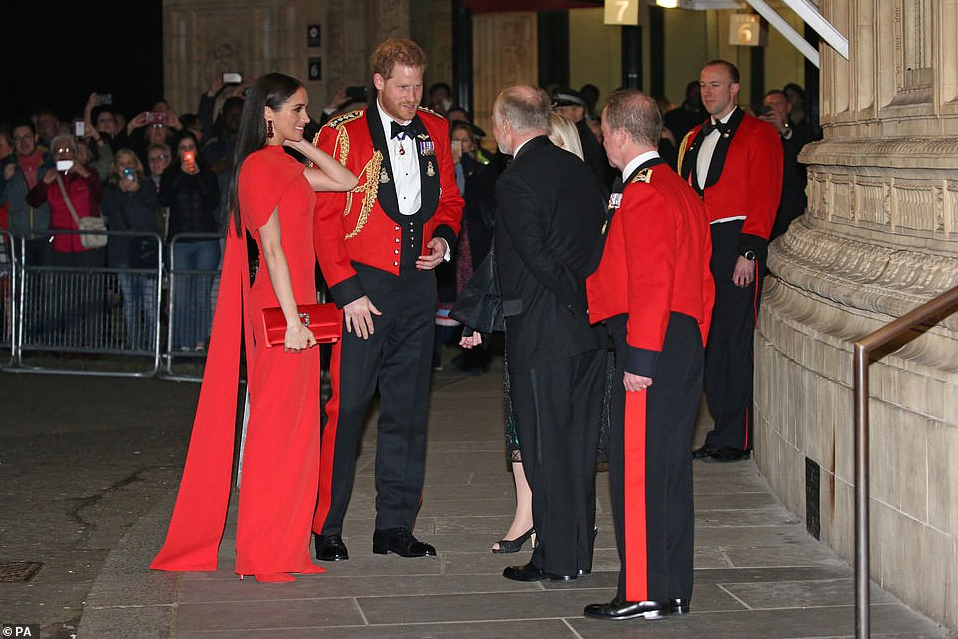 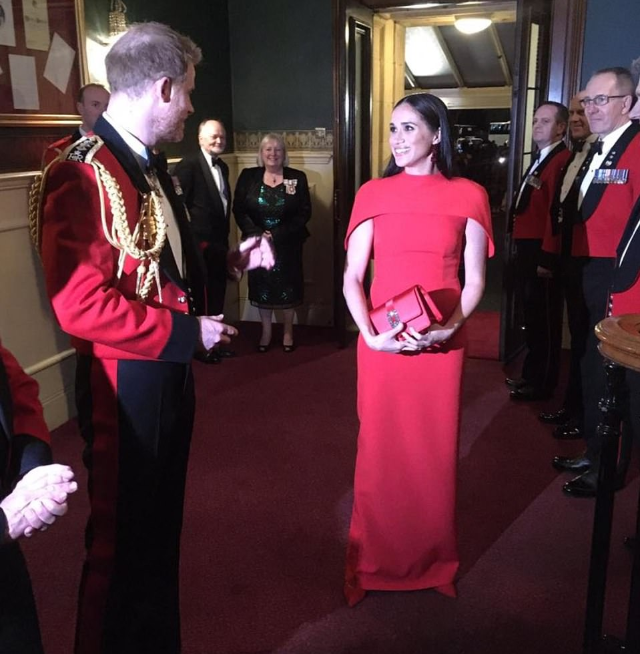 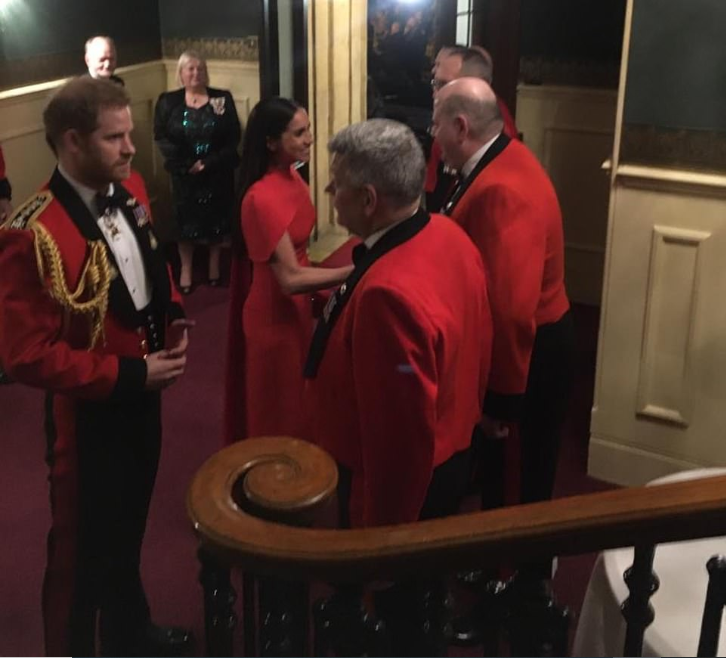 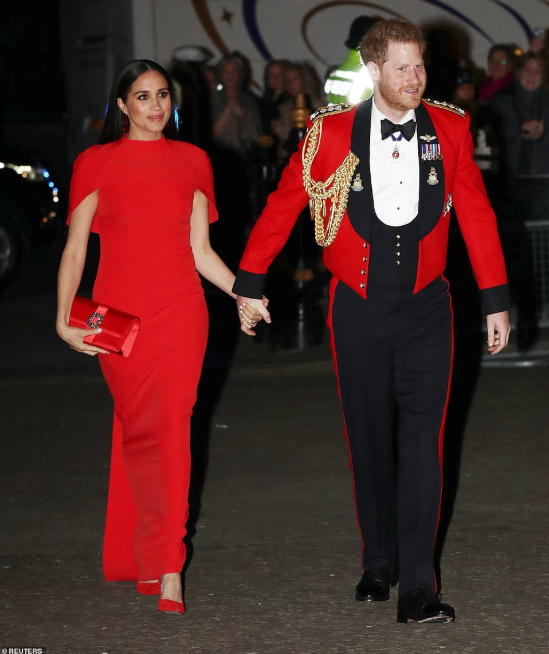