At least one person reportedly died after some youths and women on Monday staged a protest in Sagamu, Ogun State over the alleged killing of Remo Stars FC player, Tiamiyu Kazeem, by operatives of the Zonal Intervention Squad (ZIS), Obada.

TheNation reports that controversy has trailed the death of Kazeem, also fondly called Kaka. His club and a friend of the deceased had indicted the SARS operatives in his death, insisting they threw the footballer from a moving Sienna vehicle onto the onrushing path of a car. 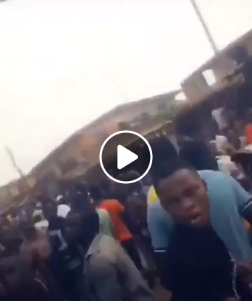