A son who had to be separated from his mother when he was 5 years old reunited with her after 17 years apart and a video of their reunion will warm your heart.

According to @mhlanga101 from Zimbabwe, times were hard in the country at the time and most parents had to go abroad to make enough money to take care of their family back home in Zimbabwe.

The parents had two options, to return home to Zimbabwe and be unable to care for their kids, or to stay abroad and have enough money for childcare while being cellphone parents.

He said that though she was physically absent, his mother was always there for him and did her best at parenting.

As he grew older, he said he tried every means to get a visa to be reunited with his mother but he was always denied.

He finally got a visa after 17 years and didn’t tell his mother he was coming. When she saw him, her surprise was palpable.

Sharing the video, he wrote: “After 17 years without seeing my mom I finally managed to see her and this was her reaction. To those whose parents have been gone for long, don’t lose hope! Gods timing is the only timing you can trust.” 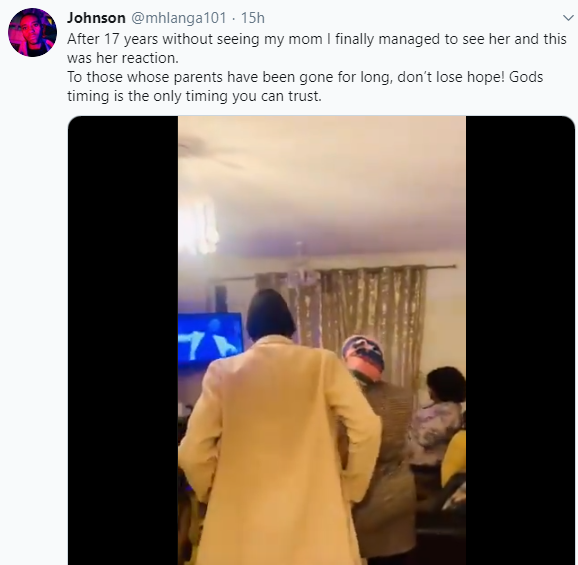 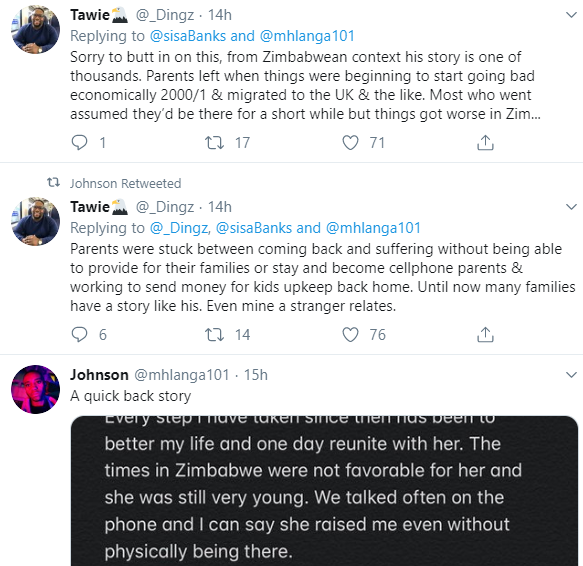 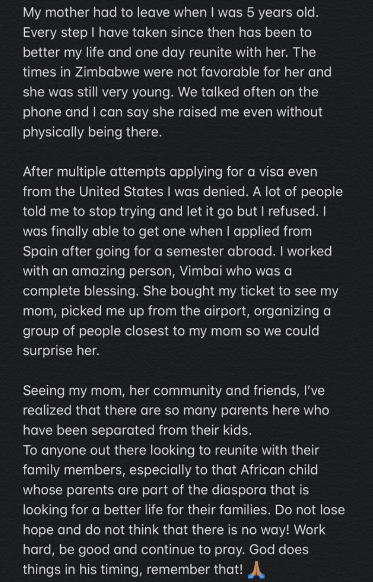 According to the son, he was separated from his mother when he was 5 because she had to travel abroad to be able to provide for their family. . They tried every means to reunite but he was always denied visa. . In spite of the physical absense, they stayed close and she was a great parent to him, he said. . He eventually got a visa and, without telling her, he surprised her with a visit.