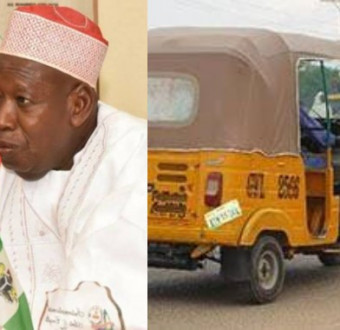 Govenor Abdullahi Ganduje has finally bowed to pressure which came after an order which banned men and women from boarding same tricycles popularly known as Keke Napep, in Kano state.

Lawan Fagge, spokesperson of Kano State Hisbah Board which is reportedly responsible for the implementation of the new order scheduled to come to full effect in 2020, said the law was suspended after severall meetings with the leadership of the AdaidataSahu Owners.

Speaking to newsmen over the law which attracted condemnation from social media users, Fagge said;

“The decision was taken after consultation with leadership of commercial tricycle operators who pleaded for extension of the implementation date from January 2020 to a much later date.”