Two sisters were left with serious burns after their shop was set ablaze by a police officer one of them was in a relationship with.

27-year-old Phanice Nyabaro and 17-year-old Ruth Nyabaro who are now in a stable condition after being rushed to Rift Valley Provincial General Hospital, were admitted with difficulties in breathing.

According to the hospital’s head of clinician services, Joseph Keriyo, Phanice sustained 18 per cent burns while Ruth Nyabaro sustained eight per cent burns after the incident over the weekend.

“The patients were … resuscitated, their wounds dressed and they were given fluids to stabilise their condition.” 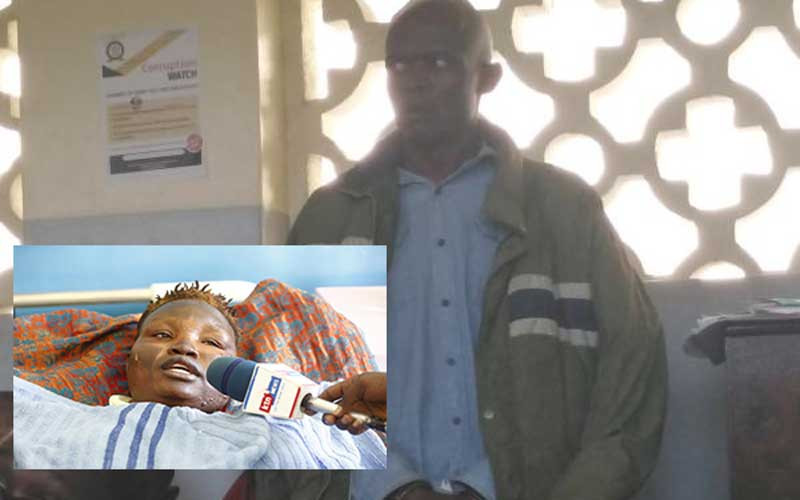 Recalling how the incident occurred, Ruth said her sister who ended her relationship with Saka Achimba, a police officer attached to the Critical Infrastructure Protection Unit, was threatened several times.

It was gathered that Achimba first visited the shop by 6:30pm on the day of the incident and reportedly returned with a jerrycan of petrol by 8pm after Phanice turned down his overtures. He allegedly shut the shop’s doors behind him and doused the sisters with petrol before setting them on fire.

“A probe was launched when the crime was reported. The officer is being interrogated.”