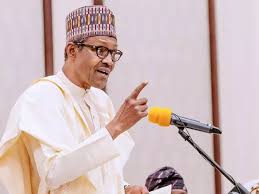 President Muhammadu Buhari, yesterday, said that terrorism remained the major threat to the peace and progress of the West African sub-region.

This is even as the President of the Economic Community of West African States (ECOWAS) Commission, Jean-Claude Kassi Brou, said that attacks in the region rose by 80 per cent in the first 11 months of 2019 compared to the year 2018.

President Buhari, while speaking during the 56th Ordinary Session of ECOWAS Heads of State and Government in Abuja, said that recurring attacks by terrorist groups was a reminder to the sub-region about the urgency to build an enduring security partnership to confront and defeat the evil of cross-border terrorism.

The one-day meeting, according to the ECOWAS Commission, was called to deliberate on issues affecting the region, the political situations and the Action Plan for Regional Security and its financing mechanism, among others.

President Buhari added that it was with great shock and immense pain that he received the news last week of the tragedy that took place in the Tillaberi region of the Republic of Niger where over 33 valiant soldiers and other citizens of the country were brutally massacred in yet another cowardly terrorist attack by enemies of peace and progress.

On regional integration, Buhari reinstated Nigeria’s commitment, stressing the need for the sub-region to always channel its energy towards devising new strategies and initiatives that will accelerate the attainment of the regional aspirations for sustainable peace, security, stability and inclusive economic growth.

“To achieve this, we must put our people at the heart of our policies and actions,” he said.

On his part, the President of the Republic of Niger and Chairman of the ECOWAS Authority of Heads of State and Government, Issoufou Mahamadou, said that the creation of a common area of peace, security and economic integration, is the key to the future of the region.

Mahamadou noted that the region had been hard hit by terrorist attacks which were intensified with every passing day, threatening the many national and regional achievements the region had made.

“We, therefore, hope that the prompt implementation of the recommendations of our extraordinary summit on terrorism held on 14th September, 2019, will enable us to collectively meet this challenge which appears to be an attack by faithless criminals on our dignity and sovereignty,” Mahamadou said.

Also speaking, Brou said it was clear that the recent terrorist attacks in the region and the thought of the many civilian and military victims would only strengthen the region’s resolve to collectively and effectively fight to eradicate the scourge.

“In the first 11 months of 2019, terrorist attacks increased by almost 80 per cent, compared to the same period in 2018 and caused more than 1,800 civilian and military casualties. This situation has led to a humanitarian crisis with the displacement of nearly 2.8 million people and the closure of hundreds of schools,” Brou said.

In his remarks, the Special Representative of the United Nations Secretary-General for West Africa and the Sahel (UNOWAS), Mohammed Ibn Chambas, said that the time calls for all to stand together, as well as summon the best values in overcoming the canker that threatens the entire sub-region.

Chambas also said that to definitively defeat and eradicate terrorism, there was need to complement the military and security approaches with developmental approaches that address the root causes of the scourge.

In his presentation, the President of the African Development Bank (AfDB), Dr Akinwumi Adesina, said the AfDB would support the region in tackling its challenges.

“I applaud the Heads of State and Governments for their leadership to mobilize $1 billion to ensure the region’s security. When leaders decide, things happen. The African Development Bank will be ready to help ECOWAS on this fund, especially to help structure how this fund can be securitized,” he said.