Chima Ojukwu, the ex-husband of actress Juliet Mgborukwe has continued to troll her on his Instagram page.

The actress shocked Nigerians in July 2018 when she announced she and Chima were separating for the second time. She accused him of domestic violence and shared photos and videos as proof. On December 19th, she announced that their divorce process has been completed.

Last night, Chima took to his IG page to mock her after the dissolution of their marriage.

He continued to mock Juliet today as he posted a video on his page showing him rapping as he told a story of a certain person who he walked into ”fucking a white boy”. He went on to rap about how in his moment of rage, he beat up the white man. He said the lady he caught with the white man, jumped on his(chima) back after which he hit her with his elbow in an attempt to get her off him.

According to Chima, the person thereafter went into the basement and began taking pictures. He said one year after the incident, the said person released the pictures and “tried to get him for everything.

Chima in his rap said he hired big lawyers and got back everything. He went on to refer to the person as a loser 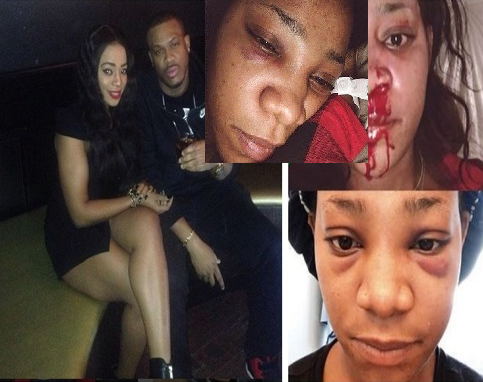 He went on blast Nigerian men attacking him for divorcing Juliet. He also slammed those referring to him as a narcissistic man.