About nine people have been arrested by police and 46 injured as Catalonia independence protesters threw rocks at police on the night of ‘El Clasico’ the much rivaled match between Barcelona and Real Madrid, which had previously been postponed due to security fears. 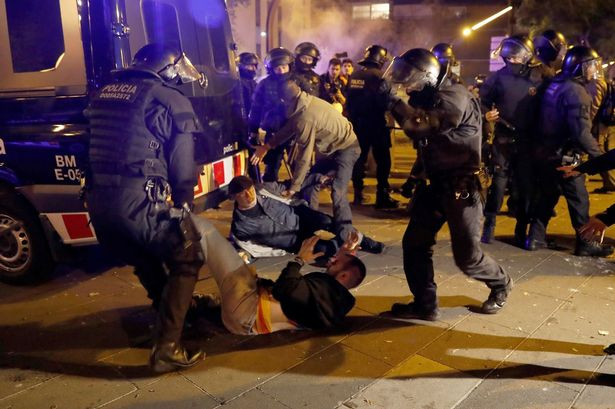 As Barcelona played Real Madrid on Wednesday night at the Camp Nou stadium, masked protesters carrying Catalan seperatist flags in support of Catalonia independence from Spain, set bins on fire and threw glass bottles and rocks at police, who responded with foam bullets in a street outside the stadium.

The protesters, set up barricades in the middle of the street, which they then set on fire after police arrived in dozens of vans. 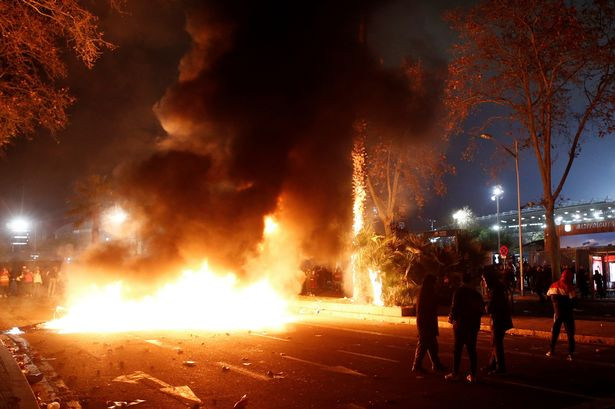 This is the first violent protest in Catalonia region since October when Spain’s top court jailed nine Catalan separatist leaders over their role in a failed 2017 bid for independence. 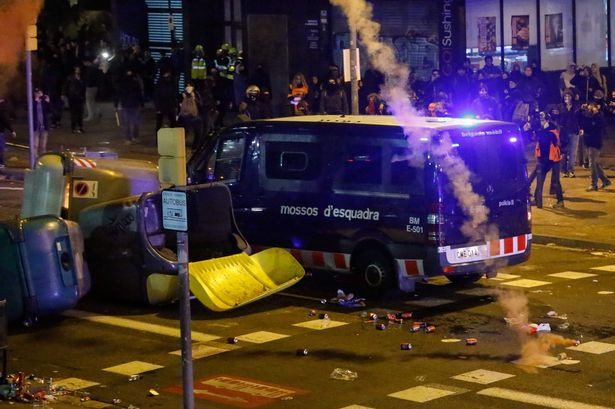 The main goal of the protests is to get pain’s government to negotiate on Catalonia’s right to self-determination and independence from Spain and to achieve freedom for the separatists who were jailed.