…says Impeachment will be used against future presidents
The US president in a series of tweets, blasted the Democratic party for using the ‘improvement’ tool against him after she announced on Thursday that the House of Reps will proceed with impeachment articles against the president.

Trump claimed that because of the actions of the Democrats, impeachment will be used against future presidents. 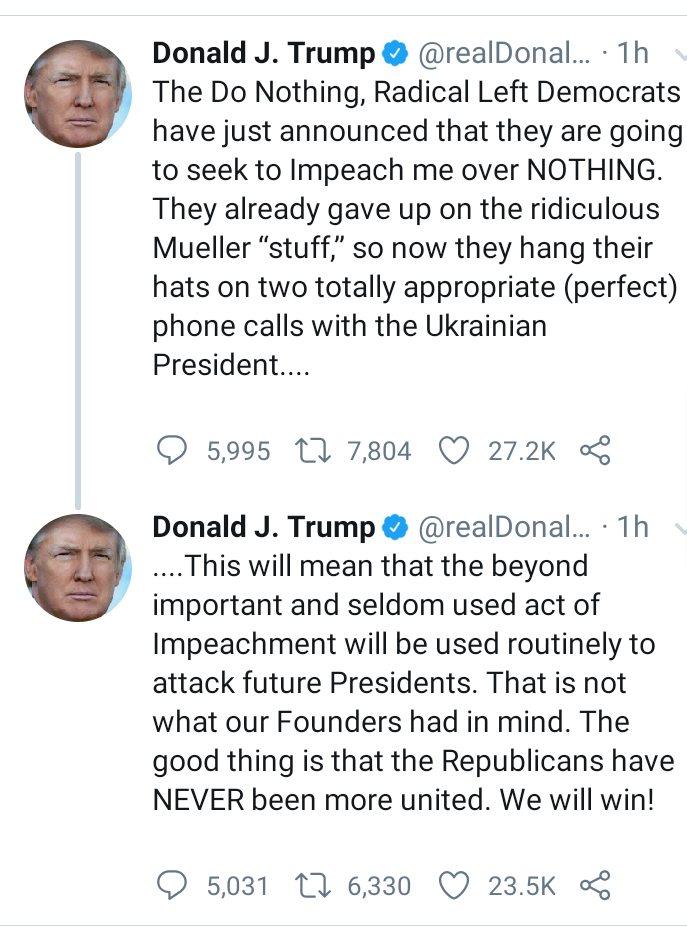