On October 19, 1986, renowned journalist and founder/editor-in-chief of Newswatch magazine, Dele Giwa died through a letter bomb and it was the first time such incident occurred in the country.

General Kunle Togun, a former director of Military intelligence and ex-deputy director of States Security Service (SSS) during the regime of General Ibrahim Babangida who was linked to the death of Dele Giwa, has again dissociated himself from the alleged murder of Dele Giwa in an interview with Legit.

“This boy, Segun Adeniyi, was at a time disturbing me that he would like to interview me when he was with the Concord then. I eventually granted him and he started asking me about this (Dele Giwa’s issue).

“I told him come ‘Ogbeni, seyin naa le rori die sa’ (Can you also think small)? Kayode Soyinka gave inside story of what happened, he said they sat side-by-side and they brought the envelope, which he checked and he discovered that it was one of those padded envelope the type of which they used to send books.

“He said he returned the envelope to Dele but before he (Dele) opened it, it had exploded. And, in his (Soyinka’s) words: ‘I was flown into the other side of the room unconscious. He claimed that many times he tried to gain consciousness but he would not get consciousness.”

General Togun said Soyinka claimed he became unconscious after another attempt to regain consciousness. Pointing out the conflicting side of Soyinka’s story, IBB’s ex-security aide added that he (Soyinka) said that after he got his consciousness, he was going to the sitting room when he met Dele Giwa’s wife going to the site of the explosion. 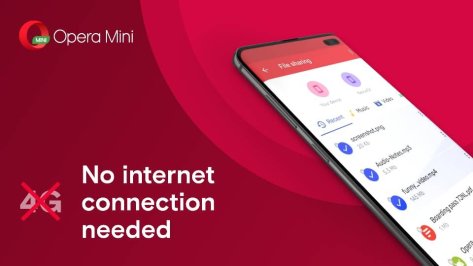 Genaral Togun revealed that the burglary used to protect the air conditioner from the outside was twisted; the louvre blades were shattered; the typewriter that was there twisted but Kayode Soyinka had no scratch.

He queried: “Is this possible? When this my response was published in the Concord newspaper then, Kayode Soyinka’s response was that, he was surprised that I called myself a son of Reverend an I didn’t believe in miracles.

“That was his reaction. I believe in miracle but that was not a miracle. Then I asked, how did Dele Giwa’s wife who was not at the scene of the explosion sustain injuries but you (Kayode Soyinka) who were sitting beside him (Dele Giwa) did not sustain injury? His response was that: ‘when the poor woman was going to the room, the sliding door was locked but she used her hand to break the glass to open the door. Another question is, who locked the door?”

Togun insisted that the injuries on Dele’s chest was not from a bomb but a fabric of the ‘nighty’ that melted to his chest. According to him, after Kayode Soyinka returned an envelope to Dele Giwa who was wearing a “nighty” he (Kayode) gave him, he moved towards the sliding door (to exit the room), locked the door and that was when the thrush of the explosion entered through the door and moved to the room.

“I can’t tell you about the story completely. I wrote a book, Dele Giwa: The unanswered questions. In this book, within five days of Dele Giwa’s death, I raised some observations. SSS was to investigate the death of Dele Giwa but when they started accusing me, they asked police to do it. We sent to the police some areas they need to look into.

The then AIG Omeme granted an interview to The News and they wanted him to just mention somebody’s name. He talked about how Ray Ekpu and co were invited but refused to come. Instead they were going to meet Aikhomu, saying why did police want to see them? ‘they should go and arrest Akilu.”