Tacha has shared her first video since she was disqualified from the Big Brother Naija reality show.

The much-talked-about housemate, who hasn’t been seen since she was disqualified, released the video to assure her fans that she’s fine.

This comes after #ReleaseTacha began trending on Twitter as Nigerians alleged that she was being held against her will in her hotel by the organisers of BBNaija. They claimed Tacha refused to go on media rounds because she was disqualified, even though it was included in the contract she signed, and as such the organisers refused to release her.

Hey Titan. how’s y’all doing? Hope you people’s good. I’m fine. Y’alls the real MVP. Thank you for soming through for me and I love you. 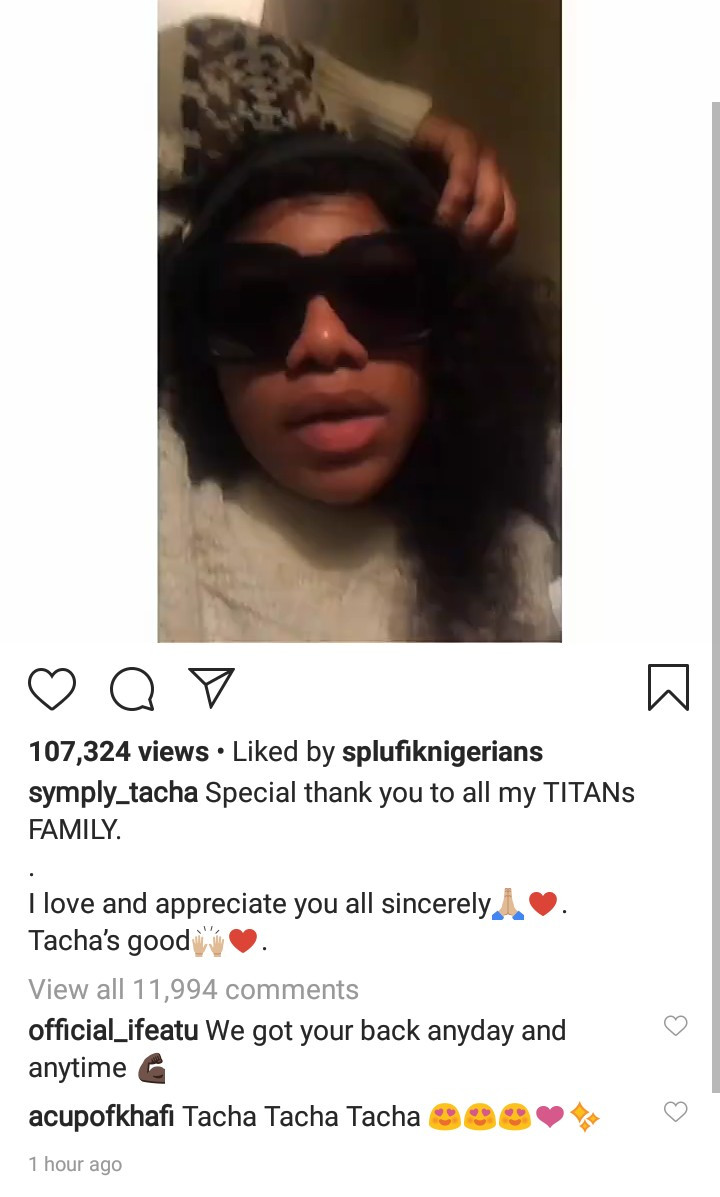 In the video, Tacha covered her eyes with dark sunglasses and her voice cracked as she spoke.

tasha shares video to assure her fans that she is fine.